Steam will be a huge target for this engine, so I figure lets get some of the License questions out of the way. Steam is a community based on modding games. Valve’s Gold Src, Source, and now Source 2 that runs DOTA 2 all hugely support modding, Counter Strike, Team Fortess etc. are just a few that have tons of work in the Workshop category.

Can we distribute the source of this engine/framework with our game?
I am new to MPL 2. Say we decided to use Armory for our game. The great thing about Steam is they have Blender as an app. So it would be really easy, and all included in one platform to have the potential modder download blender, then download a workshop item or a zip containing the source, then just have them open blender and point user prefs to where the armory.py is.

The downside of this is you don’t have the blender player which aids in rapid development. In turn I wonder if we could include the blender source in workshop as well and just give instruction on how to build from source as a method 2.

Either way, locking in the details of what is okay and not okay, in plain language, would be great. I think this would be a great solution to Steam games that want to allow modding of their games, can we include the source and link to the git repo/MPL license and be good?

I did some checking: 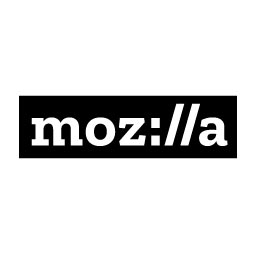 
Q9: I want to distribute (outside my organization) MPL-licensed source code that I have modified. What do I have to do?

To see the complete set of requirements, read the license. However, generally:
You must inform the recipients that the source code is made available to them under the terms of the MPL (Section 3.1), including any Modifications (as defined in Section 1.10) that you have created.
You must make the grants described in Section 2 of the license.
You must respect the restrictions on removing or altering notices in the source code (Section 3.4).

…this seems to say it is okay, I am just double checking that I am understanding it correctly and wanting to get the communities take on this.

This file has been truncated. show original

Each Contributor hereby grants You a world-wide, royalty-free,

(a) under intellectual property rights (other than patent or trademark)

(b) under Patent Claims of such Contributor to make, use, sell, offer

The licenses granted in Section 2.1 with respect to any Contribution

become effective for each Contribution on the date the Contributor first

this License. No additional rights or licenses will be implied from the

distribution or licensing of Covered Software under this License.

Notwithstanding Section 2.1(b) above, no patent license is granted by a

(a) for any code that a Contributor has removed from Covered Software;

(b) for infringements caused by: (i) Your and any other third party’s

© under Patent Claims infringed by Covered Software in the absence of

This License does not grant any rights in the trademarks, service marks,

the notice requirements in Section 3.4).

distribute the Covered Software under a subsequent version of this

License (see Section 10.2) or under the terms of a Secondary License (if

Contributions are its original creation(s) or it has sufficient rights

to grant the rights to its Contributions conveyed by this License.

applicable copyright doctrines of fair use, fair dealing, or other

All distribution of Covered Software in Source Code Form, including any

Modifications that You create or to which You contribute, must be under

the terms of this License. You must inform recipients that the Source

License, and how they can obtain a copy of this License. You may not

or limitations of liability) contained within the Source Code Form of

the Covered Software, except that You may alter any license notices to

I AM NOT A LAWYER, and also I am just a user who can’t speak for Lubos’s intentions, but: https://tldrlegal.com/license/mozilla-public-license-2.0-(mpl-2)

Also, in order to distribute Blender’s binaries you must comply with the GPL which Blender is licensed under:
https://tldrlegal.com/license/gnu-general-public-license-v3-(gpl-3)

thanks seems pretty clear that it is allowed. one new thing I found out is that with blender I can use the blender trademark, but with Armory license I cannot.

Should be good! If there would be license issues regarding this then we will resolve that, as this is potentially another cool use-case.

As for the license intentions - if someone decides to fork engine for it’s own needs (perfectly valid), then it is required to make engine changes open-source so everyone can benefit from that. Apart from that I would like to prevent any crazy limitations.