April is here! It’s nice and warm outside! - So better stay inside…

The second issue of Armory Digest will be a little different from the first, as the first had a lot more changes to focus on, from the whole time period from version 0.5. Instead, this issue will be a little more article based, focusing on tips/tricks and tutorials. On the forums a brief roundup will be posted, while the full articles is posted on Github pages with more images, videos and interactive content. At least once I manage to get it running…

Anyway, this months issue might be a bit smaller, as the first march issue was posted roughly halfway through march - so you only get half a months worth of news. 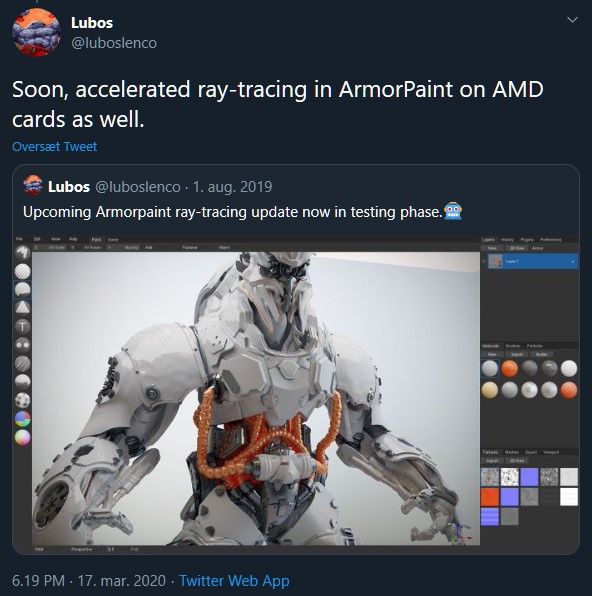 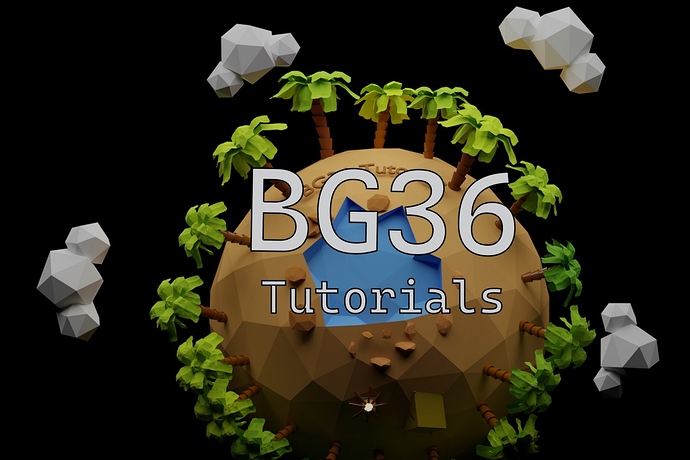 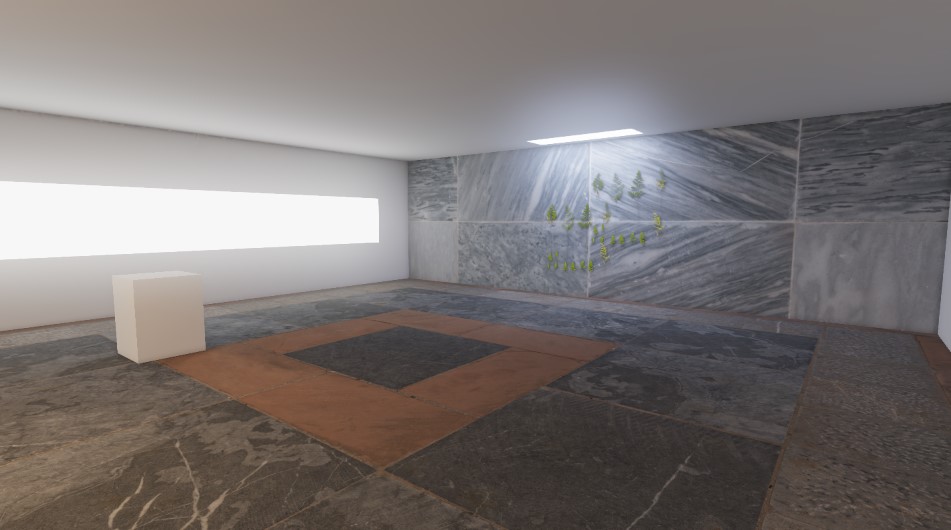 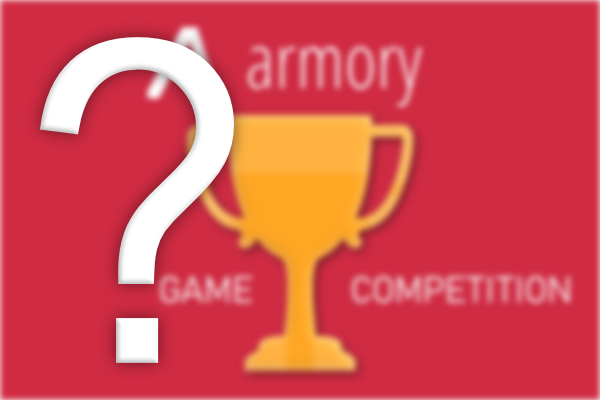 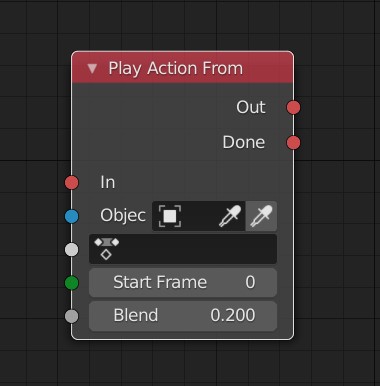 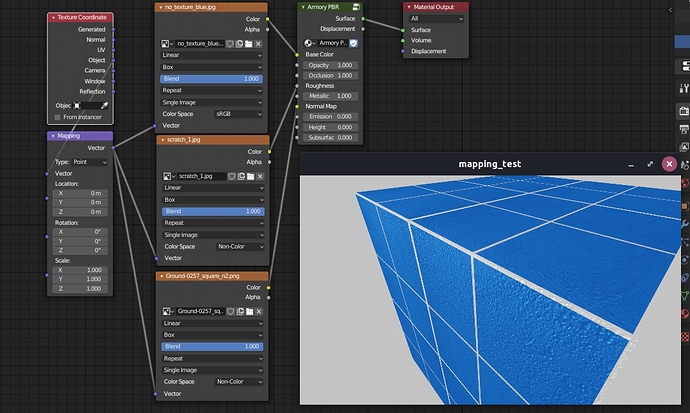 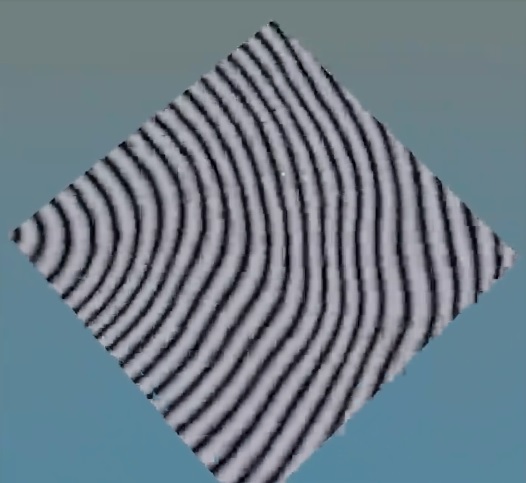 Have you ever wondered if you could somehow select an object by using the mouse? Then you should check out this months featured example:

How does it work?

Briefly, it works by selecting the first physics entity that is encountered by a vector originating from the camera position in the direction of the mouse cursor (x/y screen coordinates):

Once the user clicks with the mouse button (onMouseDown function attached to the kha.input.Mouse listener), it will check if our selected object has the name "Cube:

If that statement is true, then we want to lift up the object and afterwards synchronize the rigidbody transforms for the object:

You can use the iron object class to translate the object as well:

As long as you synchronize the transforms regardless.

If you we look at the same example but with nodes, it looks like this:

To briefly explain the above - Once we provide a mouse left click (On Mouse node), we want to start an evaluation of the object that our mouse is pointing to (Gate), at the same moment. This is provided the coordinates of the cursor at that point, and given to a pick object node. That node delivers the closest object from the camera in that given direction (vector from camera) that falls upon a rigid body object. That value (Object) is fed to our gate evaluation which we check corresponds with the object we want to check has been clicked (Cube). If the expression is true (Equal), we want to translate that same cube object by a vector. 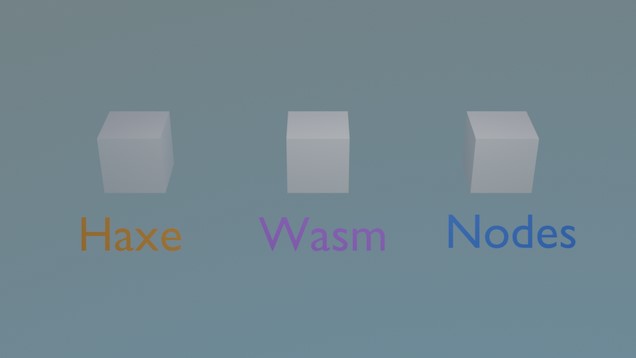 This months tutorial is written tutorial by BlackGoku36 that gets you started on traits - what they are, how to make and how to use them. The tutorial walks you through the process of making them in either using Logic Nodes, Haxe, WASM (Coding traits in the Rust language through WebAssembly) and finally how easy it is to setup UI (Canvas) traits.

Got a tutorial you would like featured? - send me a pm

Got something that you’d like to showcase? - Showcase it on Discord or send me a pm

This is a new section that isn’t a tutorial as such, but more an article that can be about everything and nothing. This month is about linked assets.

Linked assets is an often overseen feature of both Blender and Armory3D, that requires a fair bit of overview and organization to use efficiently, but it pays off once you learn it. If you have experience in Unity or Unreal, you’ll know that a lot of assets are often assets inside assets that can be edited indepedently but updated seamlessly. This allows for a very versatile way of working with assets.

The usual way of importing assets from other .blend files is by using the append function, this can be fine if you’ve a single asset you want to import, as it will be imported as a local single-user object. The problem is that if you’ve a set of assets you want to have lots of - this can be walls for instance: 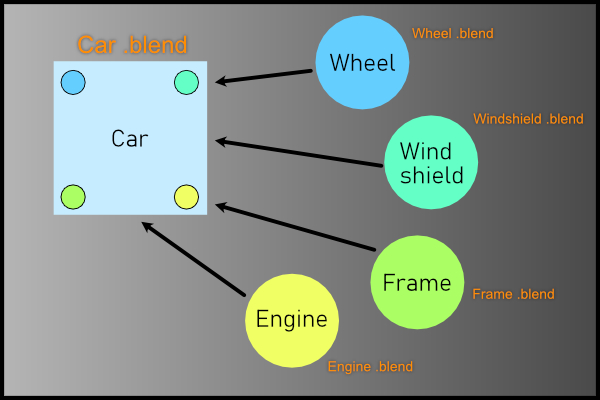 Say you want to change the wall model, perhaps add an extrusion or change the color? Now you’d have to through all of the assets individually and change this. That’s one example where linked assets come to power. With linked asset you just have to change the original asset. Using the Link Asset function, you just select the object you want to link inside the linked .blend file.

If you haven’t worked with linked objects before, you’ll notice that you won’t be able to move the object you just linked - That is because the linked asset’s object data such as position, rotation and scale is also linked. That is where proxies come into place. Armory has an integrated proxy function which will make a proxy from a linked object. Making a proxy reveals 6 options that you can toggle, which is the specific data you want your proxy to synchronize to during runtime: 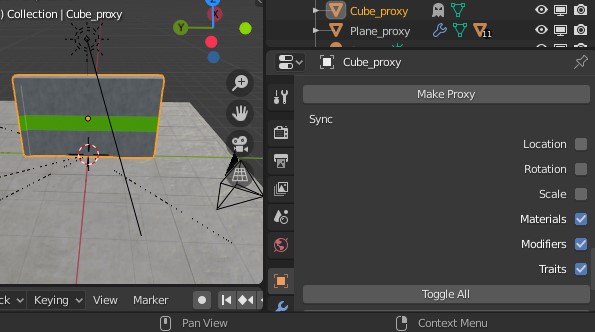 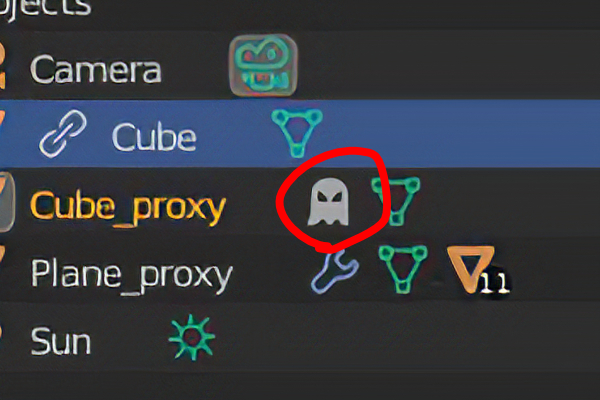 Various data in Blender can be linked, but Armory mainly supports object data proxies. In Blender and Armory, proxies excel at being used for repetitive elements, such as walls objects in this case, but it’s worth knowing that you can also link materials, and as such create material libraries that can be changed centrally from a different .blend file: 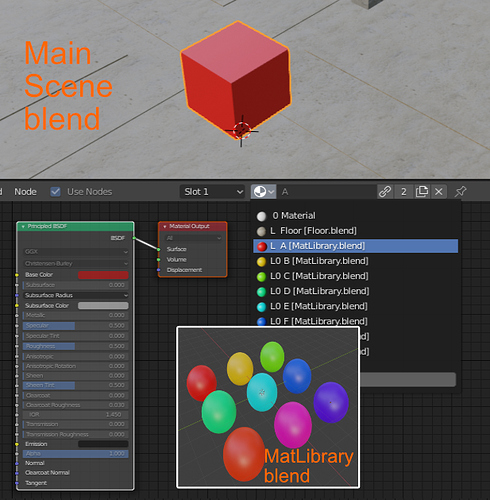 When it comes to repetitive elements, there’s another Armory3D feature that can help in this case to increase performance - Instancing. It’s possible to have lots of the same objects, linked from various blend files, and parented to work as instanced objects for a performance gain: 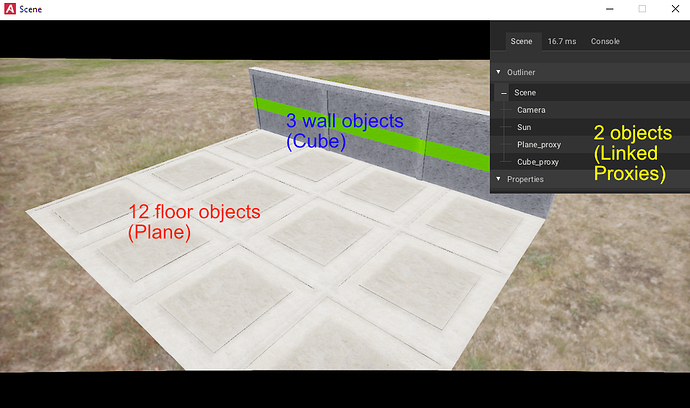 To sum up this brief article/section, linking objects and materials can very useful when working with projects in Armory, especially as the project becomes larger and project structure becomes hard with large blend files. Often, models aren’t final versions either, and things are prone to change in game levels.

Additionally, if you want to read more about linking objects, you can find more information in the Armory wiki:

Upcoming Armory3D Game competition?:
– In these corona quarantine times where people are bored at home, it might be a good idea to launch the first Armory3D game competition (A3DGC?), especially now that people have time for it anyway. Mind you it doesn’t have to be complicated games, and while Armory3D might have it’s bugs, but making games should still be possible. Especially if kept as simple as possible, i.e. platformers, puzzles, side-scrollers.
I’ll be interested in providing a reward as well, if anyone is interested?

About the competition, I’d be interested, but this month I’m working on an entry for a Haxeflixel contest held at Newgrounds.

From the beginning to the end, I was able to enjoy reading timely and interesting topics.

I remember a few months ago there was a post in the forum saying “What kind of games can make with just logic nodes?” The “use only logic nodes” department will be the answer.

@Quartz We could probably postpone it until the 1st of May, that would give more time to decide the criterias, themes, and so on. Plus, I gotta find out which kind of rewards that can actually be given, since I can’t seem to find a gift feature on Blendermarket. I’m thinking of providing multiple choices, like one of them being Armorpaint on Itch.io

Anyone have an idea about a theme?

You mean like a theme that focuses on scale and sizes? That could be interesting

I am interested in stock logic nodes only department.

Both “stock only” and “shared custom” are meaningful regulations, both of which may be of interest to each. If many people also want “shared custom”, it might be a good idea to add it as well.

“stock only” includes logic_pack. I also think we can use UI and Bundled.

This topic made my day ! Thanks

The “Play Action From” node is exactly what I needed !
Thanks again !
NB : I will not have time to participate to the contest, I still have to go to work, and I’m actually working on a big game (Freak Runners).

Than how about ‘Little Giant’ as theme? In this theme, it is all about size, things could be big or small