Welcome to the latest edition of the Armory Digested. Chewing the changes for you, so you don’t have to dig source code

I’ve been thinking a bit about that it’s been quiet on the forums, and that people have begun wondering if the engine is dead. At first glance, it might seem like there isn’t happening much - Especially if you just happened to smack down into the forums here, maybe comparing it to other engines, and finding out that the last release note is from september last year. Maybe you’ll even begin to think the engine and/or it’s community is dead, but while it might not seem like a lot of stuff happens, it’s a small but growing community.

Another part of it, is that it’s largely a one-man project as of now, covering everything from development (Armory/Iron), bug-fixing, documentation and social-media - But being an open-source project where everyone is free to participte it doesn’t necessarily have to be that way. Everyone is welcome to chip in, whether with development, documentation, showcasing features or in this case a brief roundup of what’s happening in the Armory community. 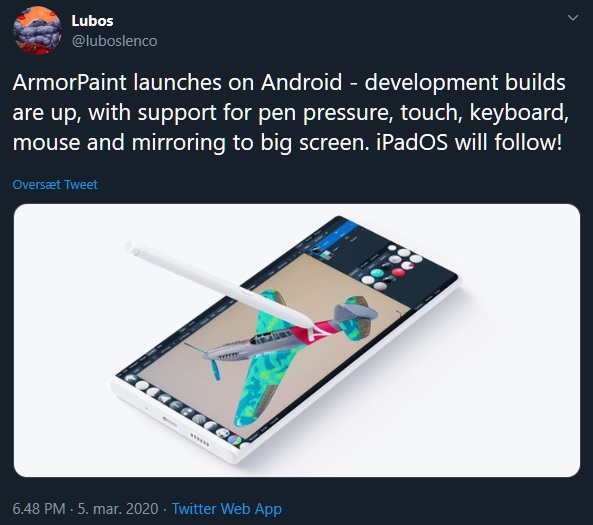 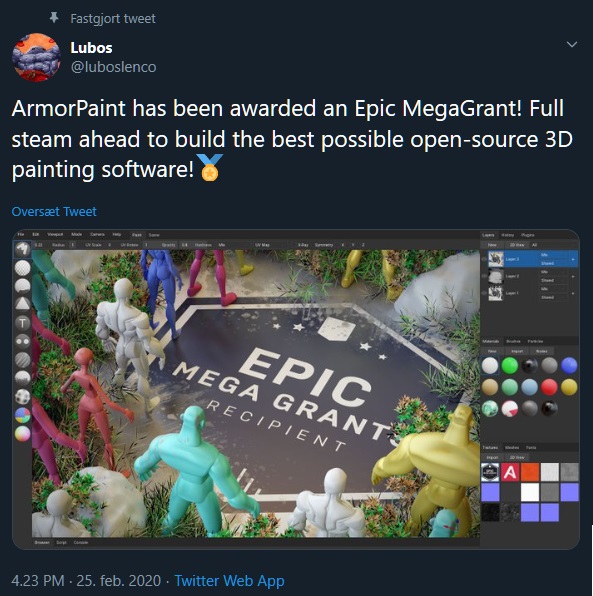 This section only covers changes from january. For an overview of features since 0.5, see the section at the bottom. 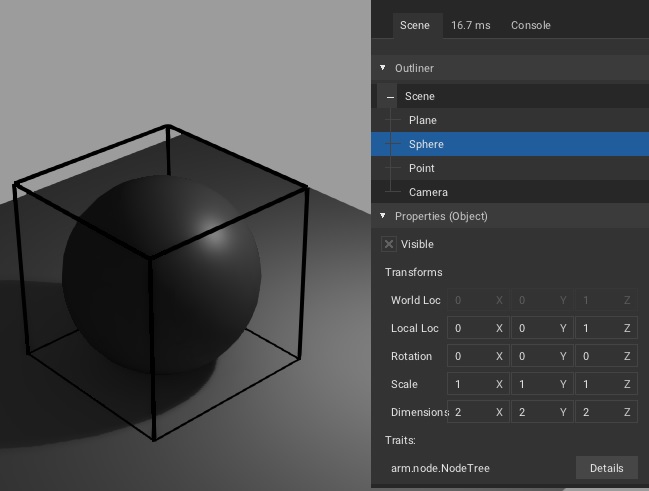 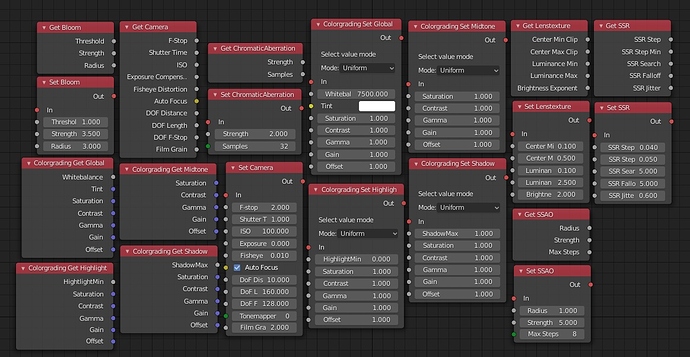 This months random example in focus

file_write is an example that shows you how to write files from Krom. The way it works is that it converts a json object to bytes, and saves that information to a file in a specified location.
This example shows you one of the various ways to save your game data to a file. 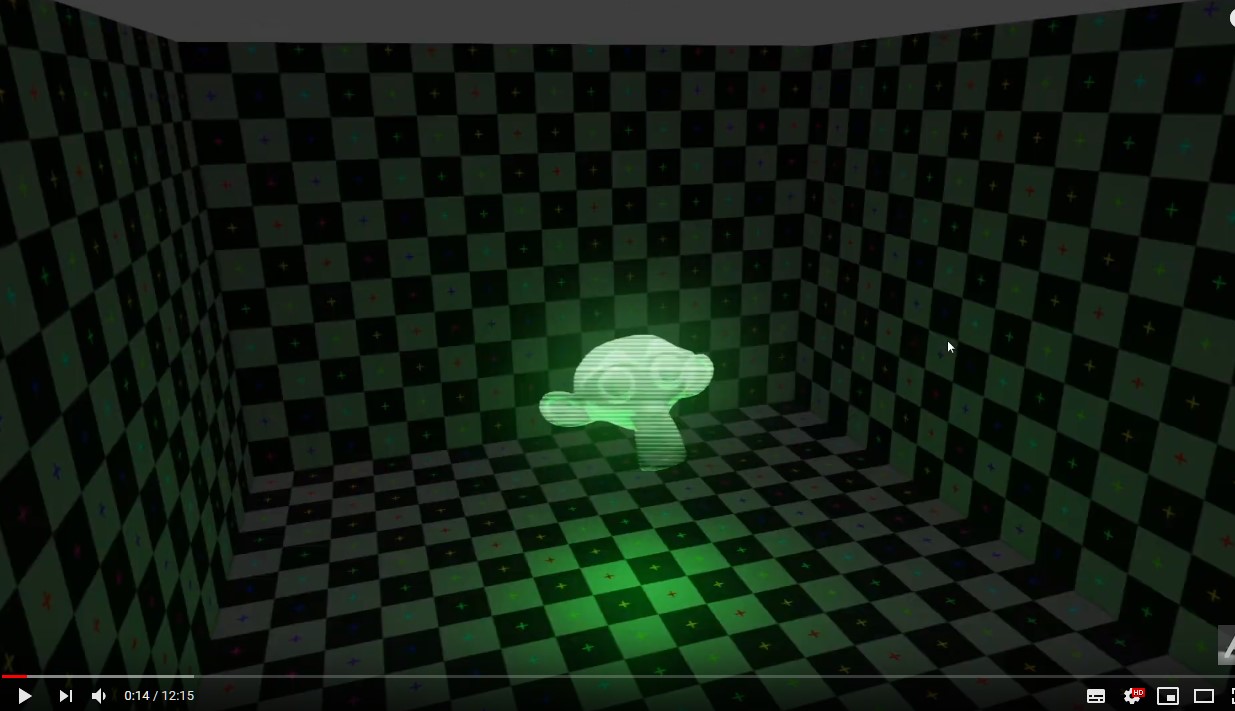 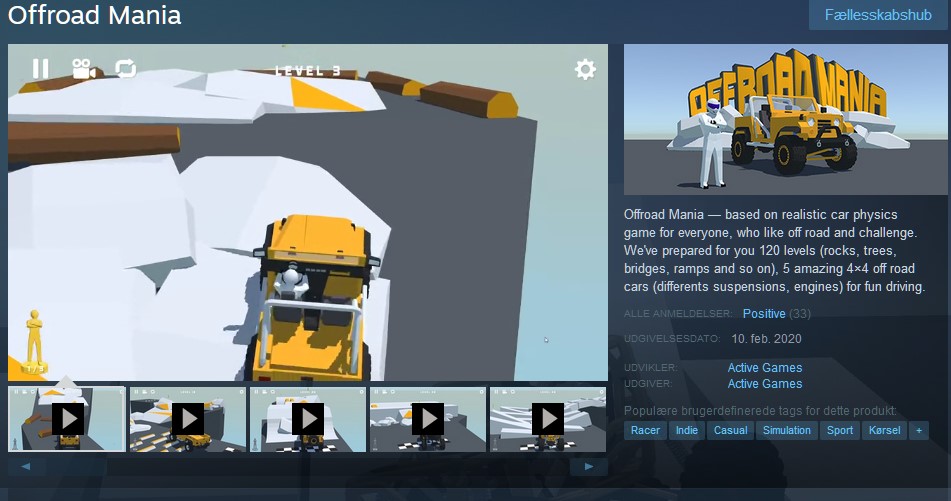 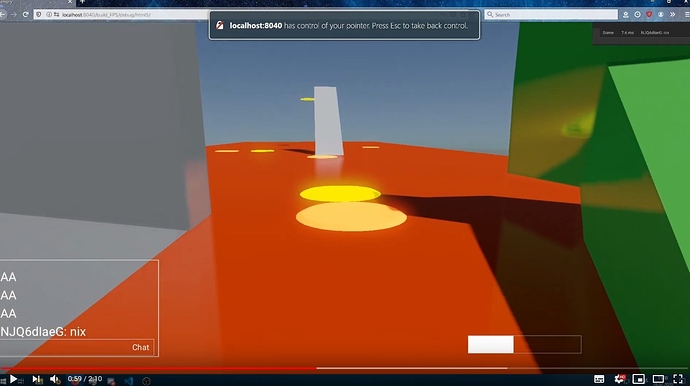 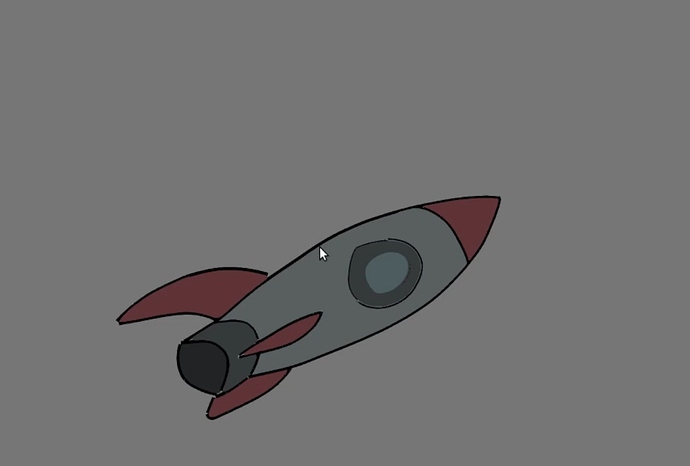 A lot of stuff has happened with Armory. Since the last officially announced Armory release there’s been a whopping 800+ commits to the Armory repo since version 0.5 with just about 35,000 lines of codes changed (additions and deletions)! That’s a lot!

Armory is now mainly a Blender 2.8 addon rathar than a fully packaged solution. This allows you to use whatever flavor of Blender (such as the fasterE-Cycles if you do a lot of texture baking). Installation is as easy as ever: 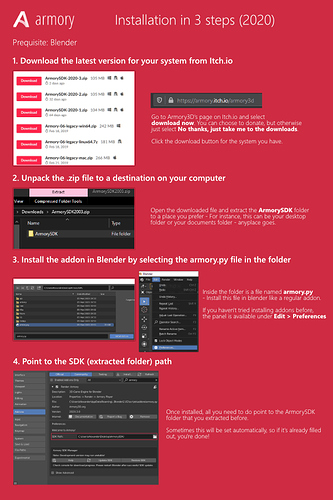 A few users might have noticed that using Voxels as a way of doing Global Illumination have now been removed. Instead, focus will now be put on implementing raytracing technologies into Armory. This is currently being tested out in Armorpaint (Check out the DXR releases).

In the meantime, Voxel for Ambient Occlusion will still be available as a solution for achieving great ambient shadows. 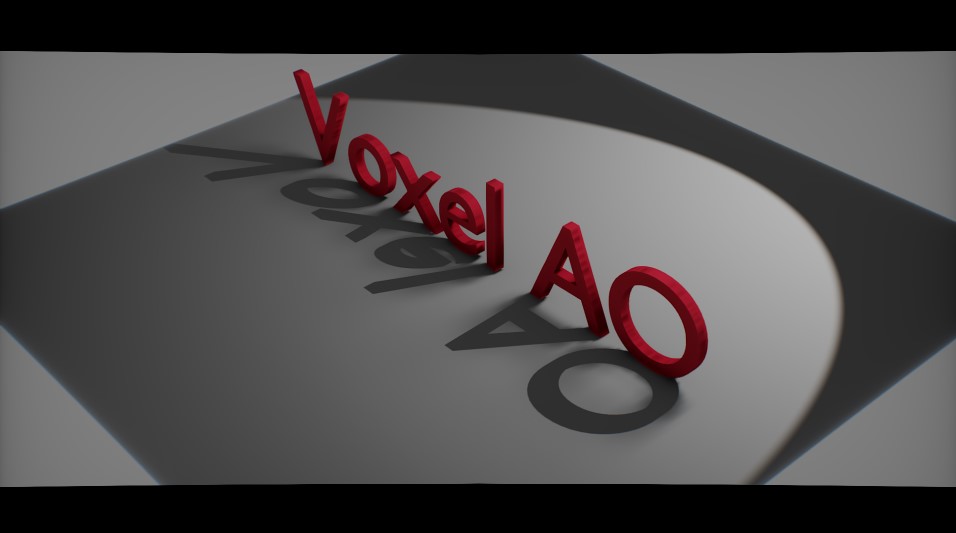 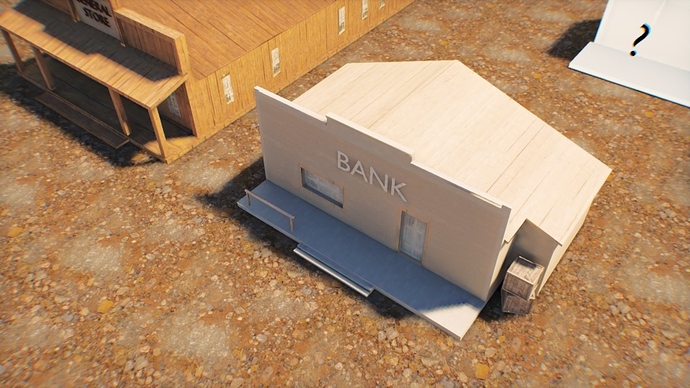 While the old water and clouds looked great, the new systems looks even better! An overhaul of the weather system, that includes better water management, water refraction and cloud radiance has been implemented to make your nature scenes even better. On top of that, the new terrain system uses heightmaps, sectors and streaming while still working with physics. 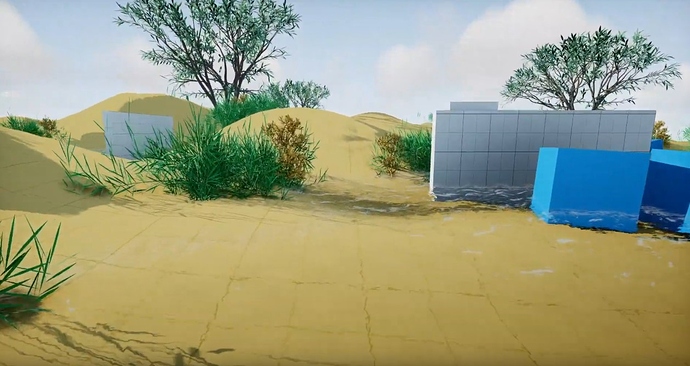 As a result of the default way of providing Armory builds is SDK releases, this means the Blender builds with the integrated V8/Node based viewports aren’t there anymore. Instead, the default way of getting real-time output is by turning on Krom Live Patching. This provides the separate Krom window with realtime changes.

Eye adaption / Auto-exposure with histogram have been reworked, and now allows the exposure to transition gradually to the light-settings of various environments. 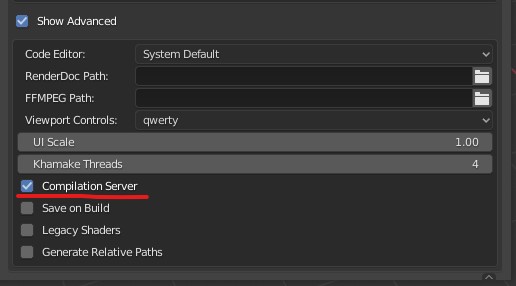 More performance is good performance! - With the introduction of recent shader models and improved rendering possibilities, Clustered shading/rendering is a way of providing fast high-fidelity graphics. 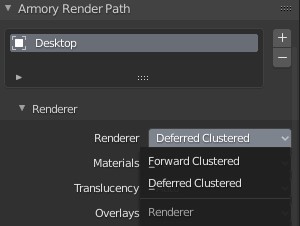 Work on realtime reflection probes and plane have been done. Reflection Probes and Reflection Planes allows for much higher quality reflection than what Screen-Space Reflections can provide, and at all angles even outside the screen-space.

The above list is incomplete, and only some a described/illustrated. Feel free to comment about missing features on this list, provide examples/images of the features below

PS: I am going to contribute with something in a few weeks, this thread really makes me happy after all the hard work I have invested in my project.

Really nice, it’s all I wished. I tried to look at the source code to track changes over versions, but it was the hard way.
Thanks

Great and positive initiative, thanks Naxela !

Hey thanks so much. Really appreciate this effort. I am not a programmer and I only a little bit of know working with github. Ever since the 0.5 release notes, I’m pretty clueless to the updates made to the engine. This digest feels a lot like Epic Games’s UE4 release notes. Really helpful!

Awesome keep up the great work! I’d really love to move my little simulator into Armory but last I tried the physics were not performing all that reliably. I had literal tests to refer to from my BGE project that only I can launch lol. The physics work great in BGE and it was something to do with turning up physics sub-steps. CCD settings had no noticeable affect.

Awesome!
I’v made a basic FPS game from scratch with 2101 SDK, going to work on NavMesh, GUI, ragdoll and tune tilesheets bullet impact effects. Although there are some problems to keep up the updating of Blender, Armory still the one and the only that is able to produce HTML5 works, that’s something huge to us!

Cool! I really missed this format!