September is here, and the Armory digest is back. It’s been a little while since last Digest issue, due to
both holidays, workload and perhaps a tiny bit of lazyness.

Changes to the Digest format

I’ve decided to change the format for the Digest to be a quarterly newsletter instead of a monthly one. In that way, there’s more time to focus on tutorials and articles rather than just a brief overview with some half-written rushed articles. This also leaves me more time when I’m busy with work. In any case, starting from the next issue in December, I’ll start adding more media, articles and tutorials 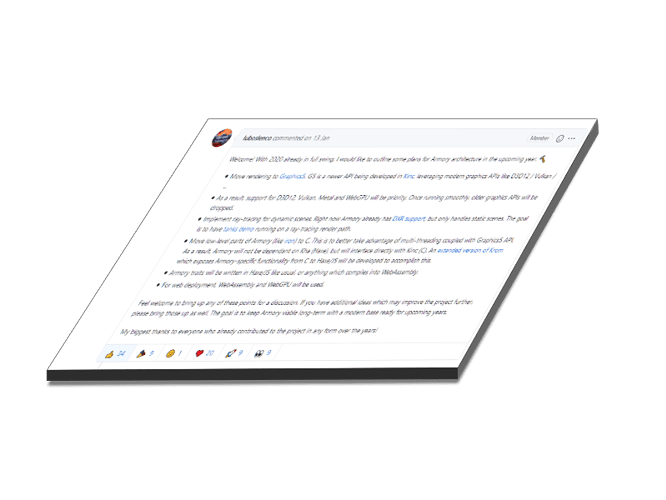 On the outside, it might not seem like there’s been a lot of ground-breaking new stuff for Armory in the last year or so, but Lubos have been hard at work porting the back-end stuff of Armory (Iron) from Haxe/Kha to C (Kromx, now Armorcore). After all, you only rarely need to interact directly with the low-level structures of the engine. So, in the end it’ll be both faster (and better allow multi-threading and the advantage of G5), and still allow for high-level traits in Haxe, as WebAssembly will be leveraged. So in other words, you will be able to use C or Haxe to write your traits.

In the meantime, there’s still been an influx of new features. MoritzBrueckner have been one of the more active contributors lately, adding a lot of fixes and additions to the Armory3D project, including a new shader data node, which is described under the Notable changes in Armory3D section.

Additionally, the september release of Armory has landed Release 2020.9 · armory3d/armory · GitHub - Get in on itch: Armory3D by armory 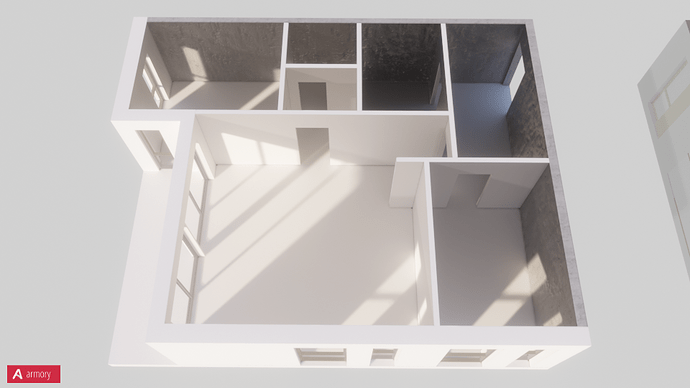 Notable changes in Armory3D (Since August): 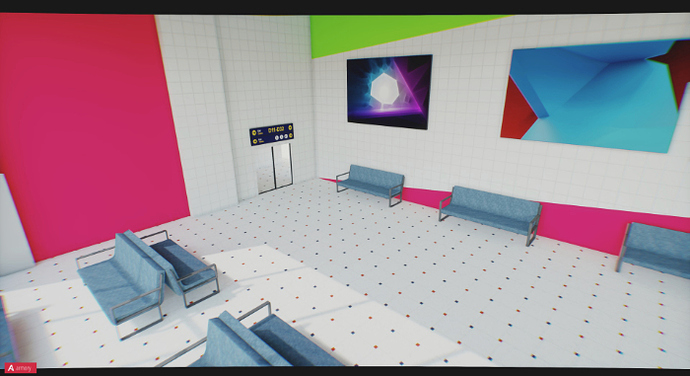 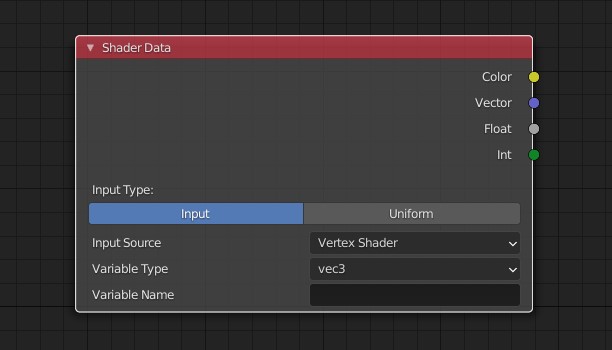 Notable changes in Armorpaint (since August): 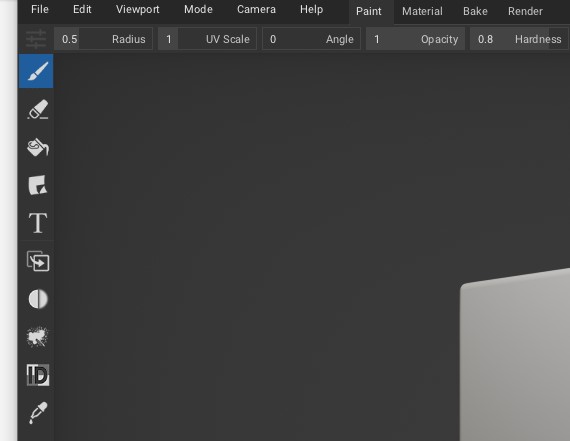 Thanks for another update on Armory. I have a question. Are there any documentations or tutorials on the new lightmapper? Thanks.

Unfortunately not so much yet, although I’m in the process of writing some documentation and doing some written tutorials but it’s going slowly. With that being said, I’m always available for questions if there is any

Hi Naxela. I just want to have a beginner run down of what I need to do setup the bake. I just took a simple test scene with the default cube with a directional light and two emissive color sphere geo. The cube has material and uv. I click on the lightmapper -> building lightmap. I heard a chime. I check the console, and it said the baked .hdr was complete in less than a sec. I check the lightmap folder, and it’s empty. Not really sure what to do. I am on the September armory release. my Blender is 2.82a. Not sure if Armory works on 2.9 yet.

Hi, did you assign that the object needs to be lightmapped? Similar to UE4, you need to enable for each object you want to have lightmapped, although for now the option is a little hidden under the Armory props for the object: 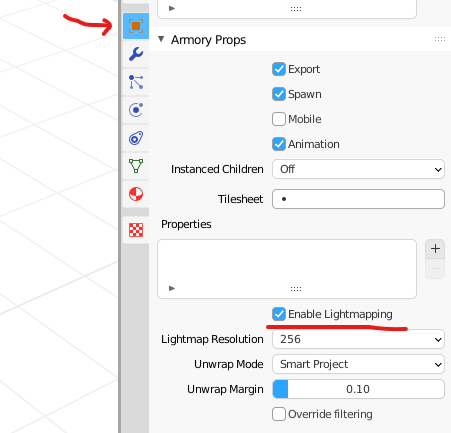 I’ve begun to do a little documentation for the standalone version (Armory specific examples yet to come), although it’s a little different for the menu part the process should be the same: 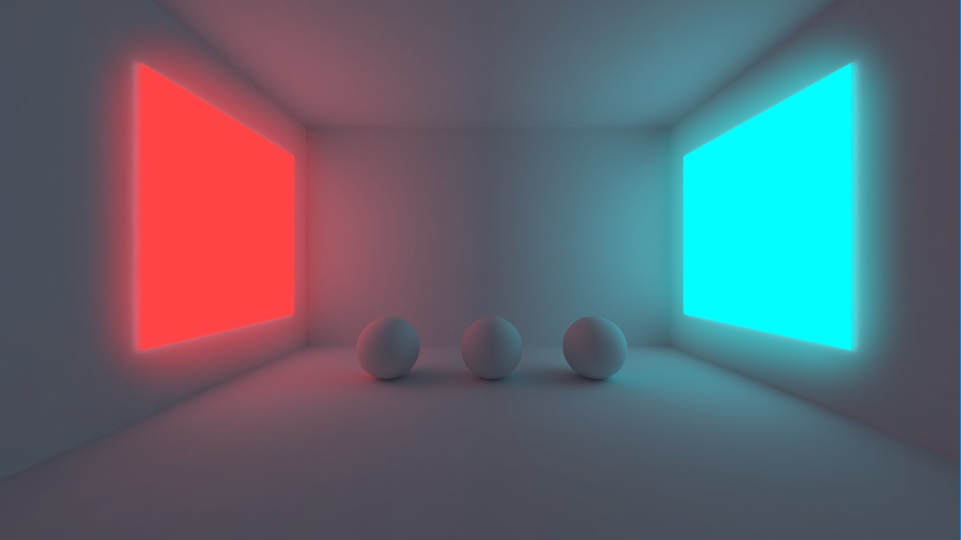 Also, even though I recommend the 2.83 LTS version, it should work fine on 2.90 too, last I checked

Additionally, the simplest and fastest way to lightmap a whole scene is to select everything, scroll to the selection operators and click Enable for selection, and bake from there:

Thanks so much. It works! I had no idea I have to enable each geometry for lightmapping. And thank you for writing and integrating this tool into armory. It’s fantastic.