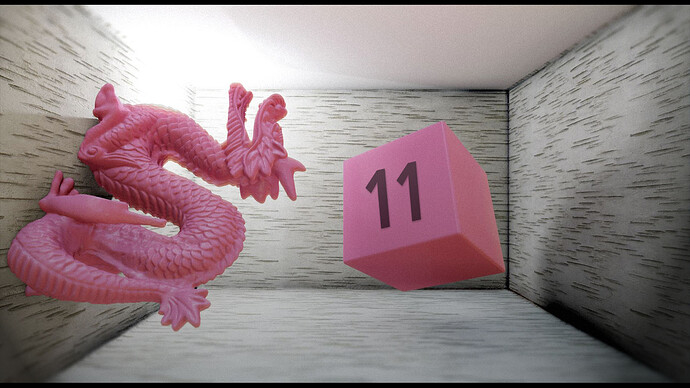 Build 11 is now out - a major step forward for Armory! Reports of you using this project to some degree in your day-to-day work are popping up, which marks a huge milestone for Armory. Tons of common annoyances have been fixed again in a quest for real-world usability. In case of issues, previous Build 10 is still available on itch. 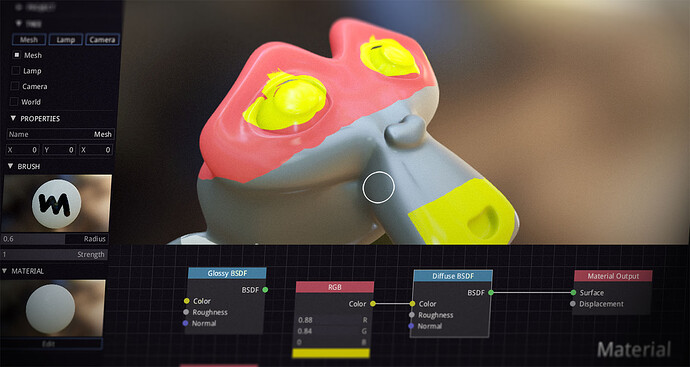 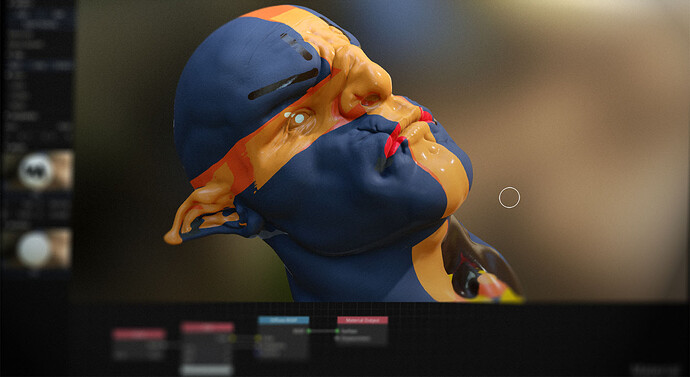 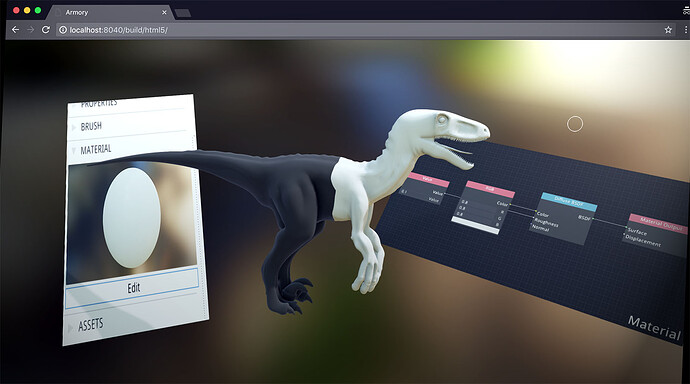 I will test it but i have one question what is decal ?

Armory is becoming so much more awesome with every build!

@Chris.k - A decal is a projected element (like a material), say for instance you have a concrete wall and have some graffiti that you want to be on top, well, at least if it sort of works the same as in UE: https://docs.unrealengine.com/latest/INT/Resources/ContentExamples/Decals/1_1/

thanks for reply i understand now

How well does the voxel GI work in combination with open-world streaming?

@lubos I think at this moment voxel GI is just to heavy without special tweaks. Top-end graphic cards need to get cheaper, and let’s now even speak about mobile :/. I hope you implement an alternative GI, like, light propagation volumes by crytek. Or do a morph, like it’s planed for Godot 3 >> https://godotengine.org/article/godots-new-renderer-progress-report-3 >> section GI PROBES

@trsh Realtime Global Illumination will be taxing no matter how you look at it, Lubo’s implementation is experimental and will likely get a lot faster with time. Imo. It is a good choice and is for example what CryEngine is using right now too. Light propagation volumes is a rather old technique and while it is fast, it has drawbacks, apparently enough to make most of the State Of The Art game engines abandon it.

@lubos Could we have uncompressed screenshots of the engine to look at? All of your hard work put into improving Armory unfortunately can be hard to notice under the really awful looking compression on those images.

Wow Voxel GI is not for me. here’s my first try with it. haven’t touched armory for a while because of college work but now i got a lil free time and we are already in build 11 @lubos roadmap for build 12 is empty

No open worlds for voxel GI yet, still plenty of work on the core stuff. We can also do cheaper alternative GI eventually, there are no mandatory ties to voxels.

@formless Will keep that in mind. In the end the images get irrelevant fast, as the renderer keeps improving each build, so it’s tough to figure how much time should be invested there. With covers the blend scene is now provided, so there is at least some asset to go with it.

@Astronet It works in standalone window(F5) only (plus needs OpenGL 4.5 capable gpu), should have left a note there… Will try to fix this when updating to Blender 2.79 for next build.

Plenty of progress done to warrant a new build, but though it would be beneficial to wait for Blender 2.79 and jump straight on that.

Packing more and more fixes in the meantime.

What do you think about the new Eevee viewport coming out in 2.8 and do you think it will have any adverse effects on your development?

@RedFrostGames The new viewport is a dream, not aware of any adverse effects. It adds tons of features that benefits Armory greatly. Imagine if we would be forever stuck with the current viewport when editing the scene. Now you can build the scene in a PBR enabled viewport, tweak the materials in real-time (all based on Cycles nodes), and then program and export the game anywhere - desktop/web/mobile/console… Already posted an early integration, pic attached.

PS: Waiting for b2.79 was definitely not a good idea, it’s taking a while! Built 12 will be quite monstrous thanks to that though. Once it gets out we will also roll a test build running on b2.8. I think you forgot to multiply the ggx specular with the cosine of the angle of incidence, at least it looks like that: http://forums.armory3d.org/uploads/default/original/1X/d59ffcd07bac358617a419526d9f5d63037cd44f.jpg
However I can’t say it for sure, because I don’t have bought Armory and so can’t test it (50 bucks is too much for me…)
By the way: do you know if an analytical way, or at least an analytical approximation exists to calculate the multiple scattering on the microsurfaces (a.k.a. multiscatter GGX) ? Because I can’t find that anywhere but would like to have this shader in my own little 3D Program if a such BRDF exists. If not then… what method does, for example, Marmoset use? Normal single scatter GGX? But that’s fairly inaccurate…