It has been over a week of the first ever Armory testing and the amount of feedback is staggering. Tons and tons of bugs were reported - thank you! Seeing all the different Armory use-cases that one would never think of is fantastic.

Build 2 is out to address some of the top issues. And maybe bring a new bug or two, as it usually goes. Everything is still broken but at times it can already get super fun to just mess around. 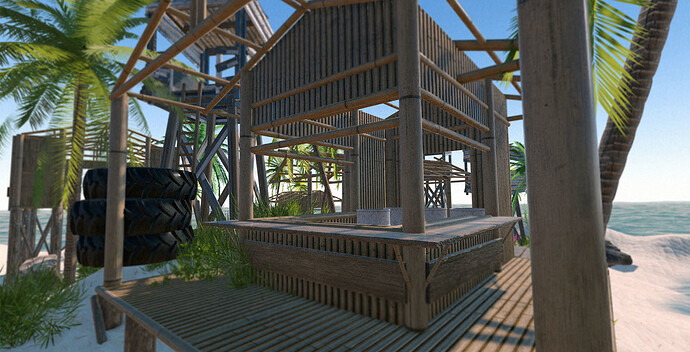 The download is available on itch as before. I will keep sending the keys during the weekend to everyone who supported the project (if nothing explodes).

Store page to purchase Armory is now also public. However, get it only if you wish to support the project development. No production ready yet!

On to the more bug hunting & docs!

If i buy this i will receive all future free

Downloading now, thanks for the heads up!

The last time I was looking at the situation that was true you would receive all future releases free. I don’t think that has changed.

For point lamps use cubemaps for shaows. That’s what other engines like UE4, Cryengine V etc. do. Or you could also try adding raytrace shadows. That’d add a big improvement, but would be more performance expensive(especially for softened shadows). Of course, you will know it better than me so all I can do is suggest

Heh, let me just add this one line of shader code here…

aah, that is the sound of progress. Not a man thinking for a second and then writing something done but rather one bashing his head into the desk yelling, “Why won’t this work!” until it finally does.

Now we wait for build 3

Now we wait for build 3. Though, I do wish that my bug fixes get through in this one. I really haven’t been able to do the full blown testing yet and this is rather disappointing for me. I’ll just have to settle for bug fixes until then.

Please, wait for the final version, getting people disappointed is something I want to prevent. Do not waste your time on preview builds if you have expectations.

The preview is aimed only to aid in testing/support, I can not stress enough this is not a production ready software. All this is about is gathering a small pack of people who want to lend a hand in development.

I knew this already. This is the kind of program that the term “bleeding edge” was meant for. I’m using the term disappointment loosely. You are doing just fine and I already completely understood that these builds were just for testing. I’m “disappointed” that I can’t get in further to test the features beyond the installation. I was already heavily warned that this would be the case so it isn’t like I hadn’t already agreed to this. Just keep on chugging along and I’ll do the same to submit bug reports.

How can i build armory from source? Maybe thats a stupid question but i’ve no experience with haxe

Basically there is nothing to build, apart from Blender if one needs the built-in player. The SDK servers as a package with everything included and prepared to work, and also as a way to fund the project while it gains maturity and more people willing to support it.

There is a page on how to jump to latest versions, but that is likely to be even less stable than currently fragile preview builds. Let me know in case of issues.