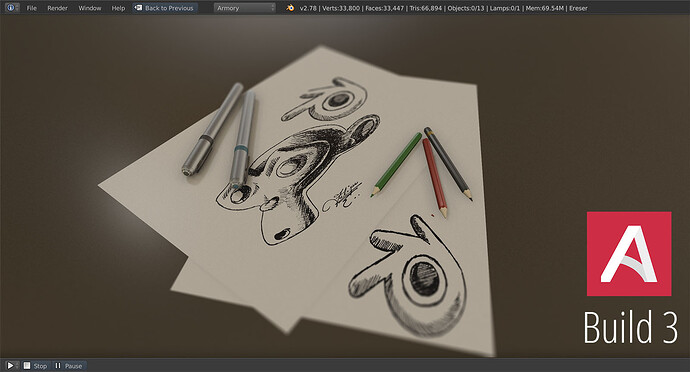 Still keeping things small to squash more and more issues, super happy with the feedback so far! If you already downloaded Build 3 earlier, please get the latest one marked as (new).

Build 3 comes with completely new player based on Krom, which is a new V8 & C++ target for Kha.

As usual, it is a completely new thing and may be unstable at first. Note that on MacOS the player will now render at ‘retina’ resolution by default, which may cause apparent slowdown compared to earlier builds. In case of trouble, Build 2 is still available at itch.

UI on top of the player! 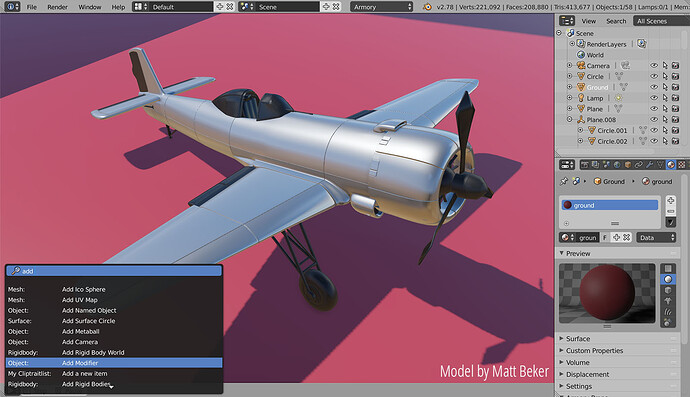 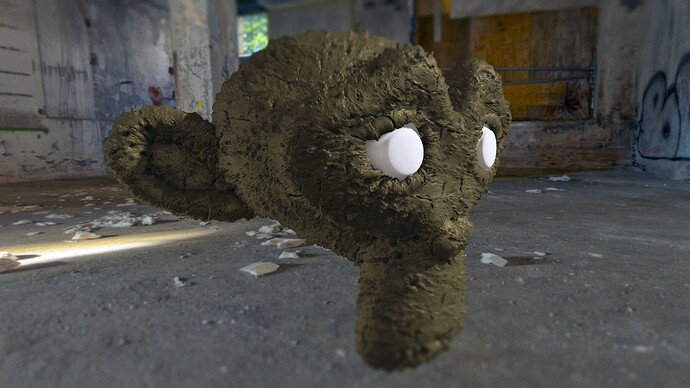 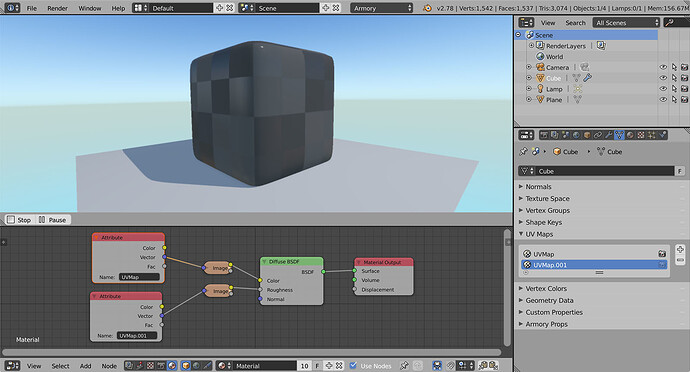 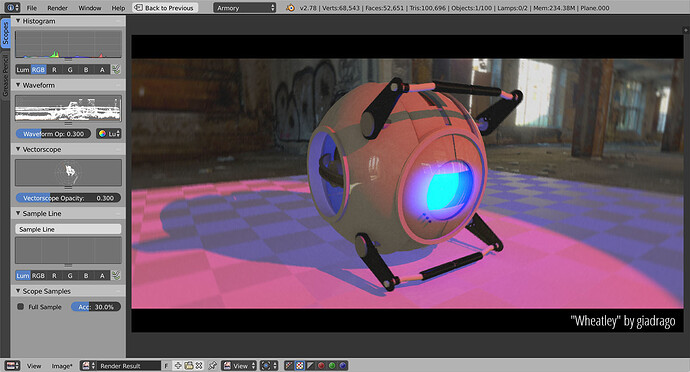 Onwards:
Tons of issues were fixed again, and tons more still to do! Up next is also a faster/easier control over rendering. I started working on a render-path generator, which makes enabling/disabling effects just a matter of flipping a switch, and will also make it possible to enable features like transparency dynamically. Everything will still work using the render-path nodes behind the scenes, so any number of presets can be created.

Sounds like a blast. I’m going to go test it out now.

No material/compositor nodes improvements yet though, probably won’t fix issues in your cathedral scene:/ But always happy to see more bugs discovered at GitHub.

You would be correct there sir, but I got a new error though. It’ll show up on Github soon.

Thanks for the presents, starts to feel like Xmas! Downloading as I type

Phew, uploaded new Windows build with fixed physics module (thanks for report @Sirgeorge!), marked as (new-2) on itch. Other OS should not be affected.

That bad a bug that you have to update it huh. Your welks for the bug report.

Well, all my tests worked (mainly the physic scene setup from the documentation) as well as all the test scenes at the exception of the grease pencil works!!!

I will be creating more tests as I go and I’ll post when I get something!

Ah, but what about liquid?

When you say liquid, do you mean liquid simulations or ocean? If you mean liquid simulation to my knowledge, no actual engine has that. It can usually be faked with particles. Also, when ever we have that feature in any engines in a near future, it will most likely run only on high end machines. Development for web is still early and fairly new. Developing for cross platform such as mobile (phones and tablets) usually require under 50k triangles and small textures. In most cases, even post processing effects are too much for mobile.

For PCs (Including mac and Linux) it can be much higher in poly counts as well as textures size, but again, the more you throw in, the slower it gets.

So far in Armory, with ocean, I wasn’t able to animate it, but it does show up as a still. So either use a normal map and animate the UV offsets or use an animated texture (which I am not sure if its supported in Armory yet).

This engine/addon is still fairly early and far from usable in productions, however, it has a bright future and I’ll be looking into it quite a bit and also create tutorials/courses when I judge the addon is ready.

Hey I am new here, Previous to this I always wanted to make a career in 3D interior but I wants to know is there any online tools or editor which helps in making.

Well, you can do archiviz in Armory. If you want to interior model you can go to blender tutorials and learn how to make interior and apply textures to them(BlenderGuru tuts are good for this).