Fixing and improving the logic nodes examples and adding new ones 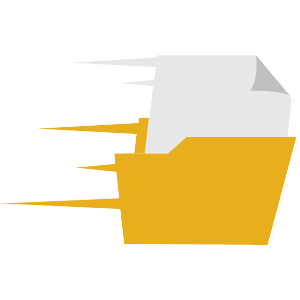 Gofile is a free file sharing and storage platform. You can store and share data of all types. There is no limit and everything is free.

The wiki reference needs a search so users can easily look up a node. Atm the nodes are in categories a beginner does not recognize. I can’t add the search personally as I have no idea how to do that.

That would be awesome and was possible with Ctrl F before we had to split the reference into categories. Github itself also has a search function in the very top left corner (when you’re in a browser), however it also shows issues and code and stuff like that. Adding a search field into a page isn’t possible with Github wiki as the entire page is based on simple Markdown.

Just to make it more clear what the issue is: it’s not that we can’t store images in Git (we’re actually doing this right now!) but we will run into problems sooner or later. Git is not meant to work well with binary files and LFS (large file support) isn’t enabled on the image repository to save bandwidth according to Lubos. This will eventually lead to a very slow and big repository and even forced us to split the node reference because the reference page didn’t load anymore.

So, we need something else than Git. In my opinion it should be easy to use, retain the folder structure of the current wiki images and it should be accessible by the community (a bit like Github probably, there are a few maintainers with access and other contributors can request that their changes are included). I think that we don’t need versioning for the wiki images for now.

But I don’t know any platform that does this, maybe an own server with a web interface that is somehow connected to Github would work well, but I fear that this would be a bunch of work to setup and someone has to pay for the server.

My opinion on what you proposed:

Another very naive idea: maybe it could work to squash all the commits on the images repository (basically getting rid of the history) now and then and if Github/Git is clever it will cleanup the repository storage… This would be same as re-initializing the repo over and over and it would basically be file storage without Git. But still: if the repo gets too big, Git will probably slow down a bit.

What we could do first is to just let users choose where to host the files and just let them add the link to the wiki. It’s messy but customizable and doesn’t need any major changes.

I’ll collect the blend issues here and then I’ll make it one big issue in git.

No idea if the Imgur tos allows it but I’ve seen users use the imgur direct links in git projects.
But I imagine that if users use their own accounts to add pics it should be fine.
Imgur is for sharing pics on the web, if chats, forums and website are fine then why shouldn’t git be allowed.

Looks like it’s fine to use it in git. They do say that they do not provide a reliable service tho.
So it would only be good as a temporary thing until we find something better.

talking about updating example files, Most example have to text or explanation of what is actually happening and it is really up to the user to hunt and figure out where and what is going on. Some files do have text and I think it would be very useful to add a few line of explanations in each example… Especially the most complicated ones