Has someone managed to produce some human character animation yet?

Hello. After trying the test I said in my other post, I’ve just tried a different thing.
I have donwloaded and used the Blenderella model. The blenderella model is a clean human female mesh you can download from the official blender cloud. (10$/month required) 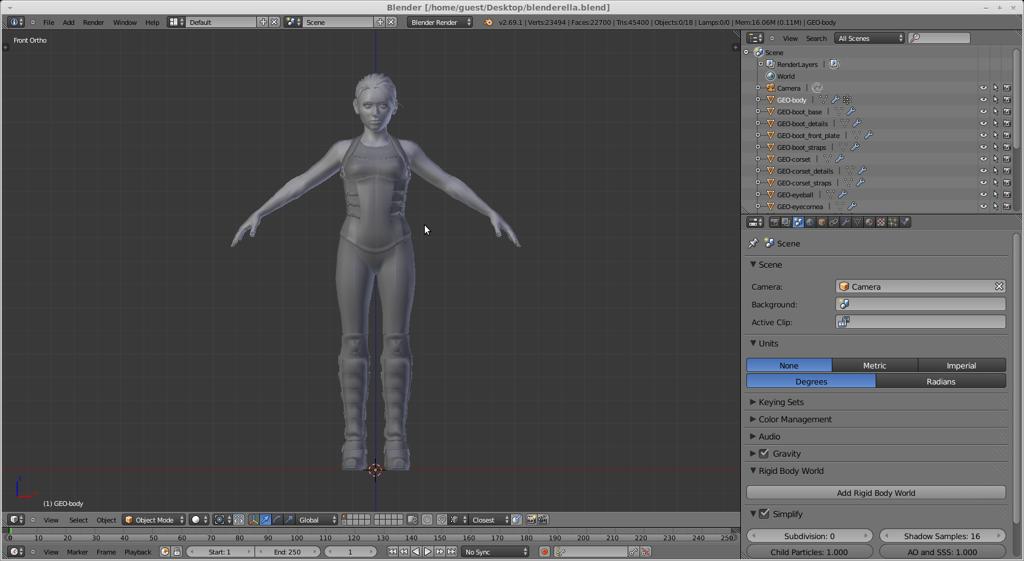 Angela Guenette's Blenderella model is the finished product you'll be working toward in this tutorial series.

This model gets rendered with Armory (hoorrah, still an explanation of what’s happening with .obj imports would be cool, in my other post)

When I apply bones to it, with a basic rigify human bone system, and I make a very simple animation (moving an arm, from up to down), at the moment of rendering the animation, it deforms too much, compared with the original animation.

Has someone managed to produce human character animation. Can you tell how? Which steps do you have to follow?

I have managed to append a character from another file but if it is pre-rigged with a custom rig, the player crashes.
Without armature it plays, but that’s useless.