How to improve Idle animation 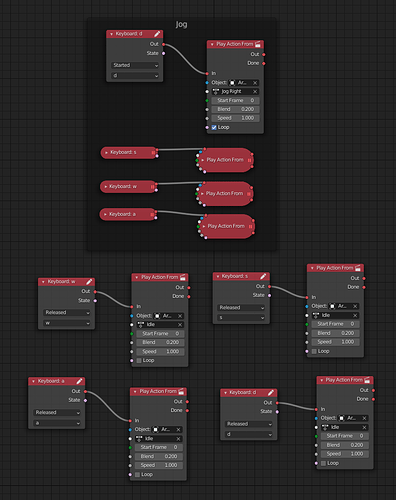 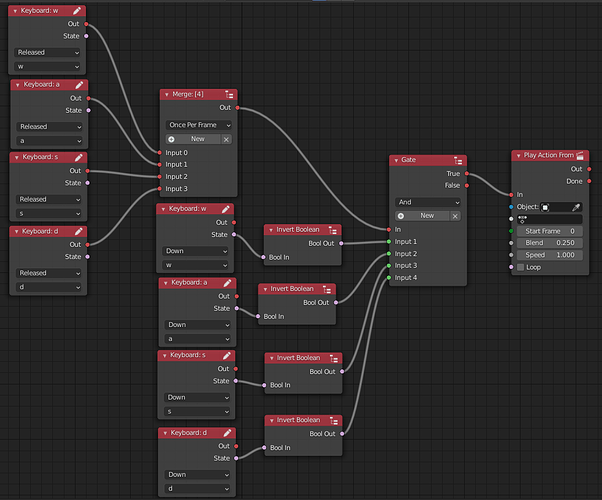 What happens here is when each of the keys (W, S, A or D) is released, it checks if any of the other keys are still down. If not then plays the idle animation.