Hello. I am relatively new to Armory and am working on a character’s animations. Using logic nodes, how would I make the running action activate when I press the w, a, s, or d keys and the idle animation when I don’t press any keys?
Thanks.

The simplest node setup you may use for such an animation is this:

Of course, for a more complicated state system, you may use the Animation state node to get the current state and play appropriate action, like this: 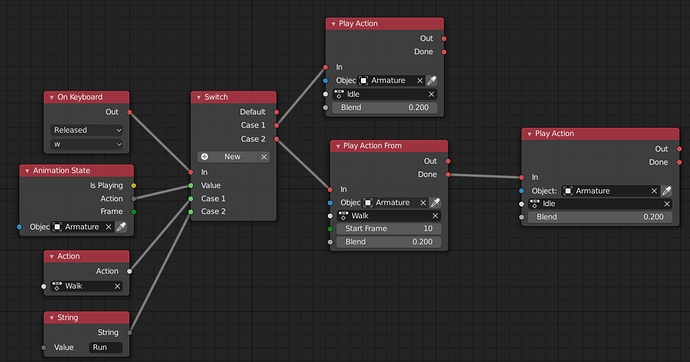 Thank you very much! I used your second recommendation, but the character doesn’t do anything. I don’t know if it has anything to do with the problem, but a few warnings show up in the system console. Here is a picture of my setup. 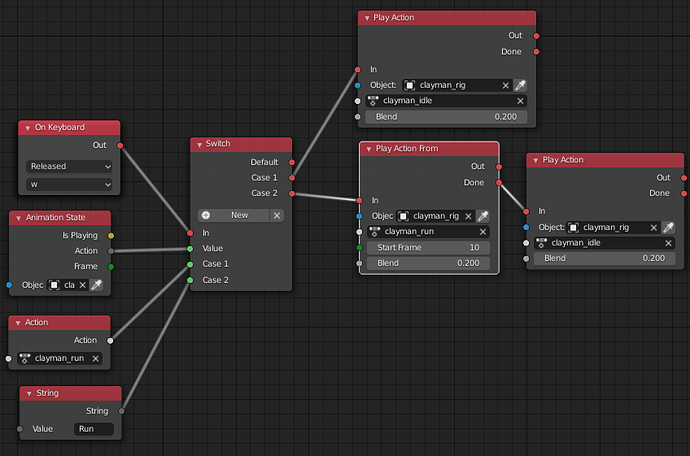 Some things to consider:

Also, it would be better if you could post a picture of the warnings too.

Here is a picture of the system console after I play the game. The character just stands perfectly still, if that’s what you mean by the character being in the “clayman_run” state. Sorry, I’m an absolute noob. 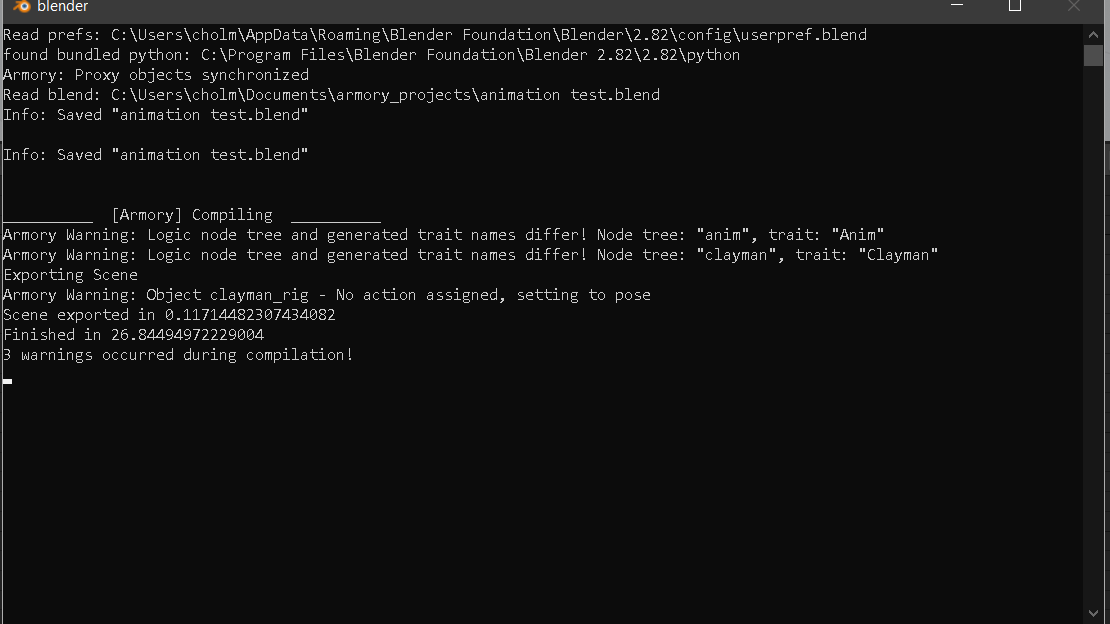 Seems that the names of your trait are not according to syntax.

Try renaming the logic nodes with the first letter in caps. Like “anim” to “Anim” and “clayman” to “Clayman”.

I tried renaming my objects and nodes. The first two warnings are gone, but the one that says “Object Rig - No action assigned, setting to pose” still appears.

Okay, try my first simpler node setup and see if that works.

If it doesn’t, then please send me the blend file, ill have a look.

I just tried that and it worked. Is it possible to incorporate the other keys into that first system?

Yes it should be possible. Try experimenting with both setups.

I found this tutorial very helpful