I got a property witch stores values between 0 and 360. (degrees)
With it, I want to rotate the player or to say it more clear set the rotation of the object.

But somehow I connected some nodes wrong.

My current setup:
(the calculation isn’t on screen, but doesn’t matter, the value is between 0 and 360) 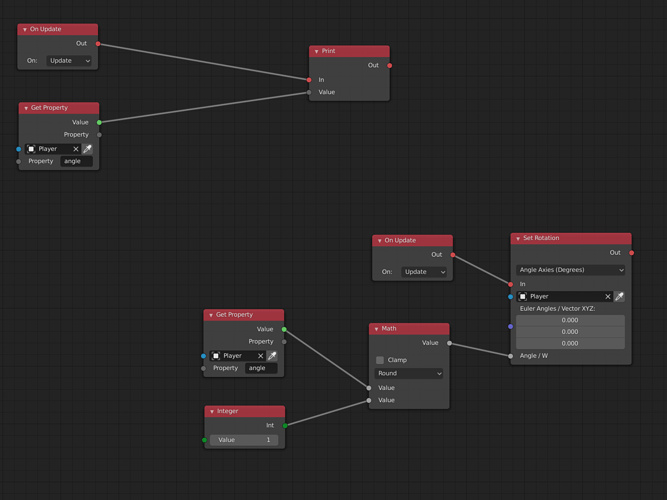 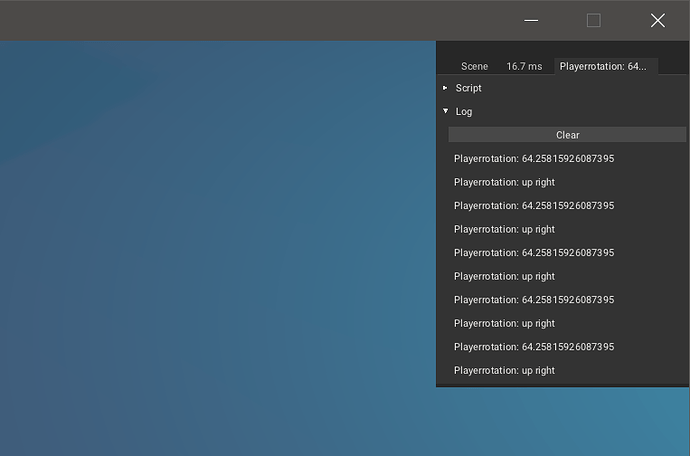 grafik763×505 33.4 KB
Yes, my node trait is added to an object in the scene and as you can see the property outputs a value in the debug console.

With the current setup, the player won’t do any rotation.

If I put the value in the z-channel of a vector node and connect it to the violet input it does rotate but strange and not in the way it should and as well way to fast.

Does anybody know what I did wrong and how to solve this?

Thanks for all your answers.

This is a blender manual explaining axis angle.(https://docs.blender.org/manual/en/latest/scene_layout/object/properties/transforms.html)

Thanks a lot, @Sandy.
Now I know exactly and be almost ashamed, how stupid I was.

Thanks for your help

@Quados
Many people will be interested in rotating the axis angle after seeing your post. I am one of them.

Oh nice to see that my mistakes will help other people.