Hey, everyone here on the forum! I hope you’re having a great Sunday so far. It’s been a long time since I was active here on the Forum…it’s really cool to see the old names here again

As you can see from the title I want to present my project to you guys. It’s a Horror Game that I’ve been working on for some time. My goal is to work on this game until it’s done and then release it publicly! Many elements from this game are inspired by other old banger horror games. This right now is only the alpha version of the game. I really would appreciate it if you guys could play my game and give me feedback (either good or bad) to improve my game for the beta version!

The game
Basically, you are in an abandoned large mansion (not in this version yet

) that was lived by a lonely, very rich senior. He died a while ago and since then the place is haunted. Many people tried to break into the mansion to get the money but never got back home…the people called the mission “high risk, high reward”. You’re another one that wants to try his luck in the haunted mansion. Your job is to get 10 bags filled with money…

Additional informations
In the alpha version, I used the assets (sounds, model, textures…) from the internet. In the final release, obviously, everything will be created.

I hope you are having fun

It is a good idea, you should participate in our game jam, it ends in 2 days… 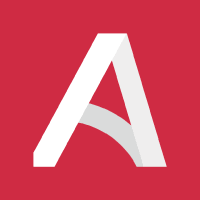 very interesting, I’m also making a horror game now, but only on the phone and on ue4, but I’ve been thinking for a long time to do something on this engine, because it’s so convenient that everything is in one program, but I haven’t figured out the language yet haxe, I wish you success in your project!

Hey @Willbot_studio! I don’t know why it’s going crazy…for me it looks perfect, even though I lowered the intensity of the motion blur effect…

I think I submited now my project on your itchio page. Is that right??

Hey @dawn_studio! Thank you very much, I really appreciate it

Did you think about the same idea or more about a survival horror game like resident evil?

No, this is something like a game "Granny " about a terrible crazy grandmother who is chasing you with a bat, in general you can find out about her on YouTube, there is a full video about this game

I don’t believe so, I can’t see your submission. I can only see that you joined the jam…

Ohhh damn…my game was on draft instead of public

For me, it looks quite good! Nice effects too!

No crazy motion blur here. Although, the light lags behind the camera movement, but I think its a feature rather than a problem.

Thank you so much for playing @QuantumCoderQC!! The light lag is the camera sway for a more realistic look instead of just static parenting the flashlight to the camera

but I haven’t figured out the language yet haxe

Unless you need some very specific or niche features, then you could pretty much get by with just logic nodes and avoid writing code completely or almost completely, which some have done from what I’ve seen.

It may involve a bit of trial and error to guess the nodes that you need because documentation is a bit rudimentary, but I suggest having a look anyway: https://github.com/armory3d/armory/wiki/reference.