Some official examples don't seem to work in SDK 2012?

Kudos to Armory teams for those great works!
I notice that some functions are deprecated and updated,
however I’m not sure whether official examples like rag doll and Navmesh still work or not?

The ragdoll example is working but NavMesh not. I didn’t had used NavMesh to see if it works but i think there is nothing wrong if you make the logic from scratch. You can report any issue here https://github.com/armory3d/armory/issues or ask here in the forum

Thanks for the swift reply,knowledgenude.
I’m not sure why rag doll example doesn’t work in my environment,blender 2.8.3,
I’d rebuilt my own fps with raytcast, bullet hole effect and some basic controls from scratch, all work well, trying to dig further to ragdoll and NavMesh, I found that the ragdoll sample freezes in play window, still trying… 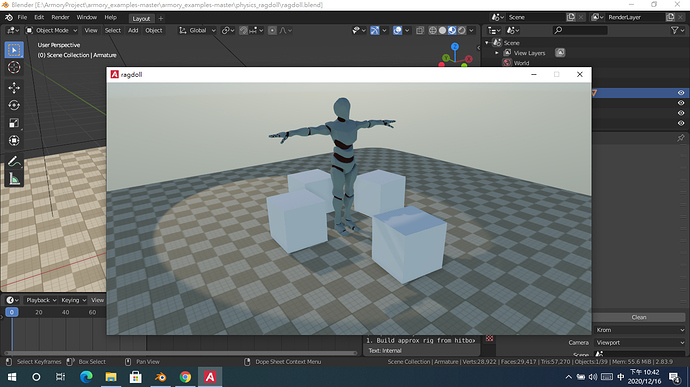 I don’t know what happened with ragdoll, i remember it working flawless a few times ago. Here it also have something wrong but does not freeze: 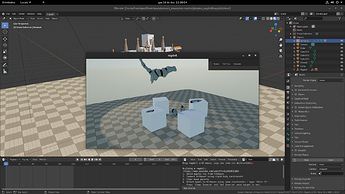 It is breaking without the ‘Breakable’ checkbox enabled in the constraints and also there is bug in the deformation (see in the character neck).

Maybe it was caused by some Blender update…

It’s weird that I ran ragdoll with the same version of blender and SDK in different PCs that it worked in PC with basic graph chip but not worked with PC with nVidia graph card for SDK1911, looks like it depends on something not noticed before…