When within a project with lot of traits, it could be great to have a kind of logic node statistics tool to see used nodes and to be able to jump to them with a click … maybe an idea that @lubos already planed for the next futur version of Armory ?

Would there be anything fancy that you’d want to see in it, or would something like this be sufficient? 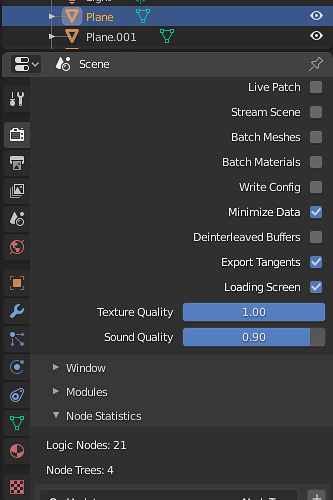 Thinking to something like a list of nodes (with a filter /search available) and with the possibility to jump to a node by a simple clic on it in this list for example.

Another idea would be to have a practical way when handling large quantities of nodes, to jump from one block of nodes to another… and maybe directly zoom in it.