What is it good for? I mean, if it does not not work anyway, just remove it and don´t let the newbies waste their time on it. Life is short. Exchanging that for ray-tracing might not be the best choice, considering the hefty price tag for those cards --> limited target audience even if i shell the dough out. I wrote that cause it does not seem to work for me and i saw several posts that it has been taken out. So why can i still select it. Does not make sense to me.

Voxel AO works for me on Krom (although it doesn’t seem to work in html5 and the online demo). I think what has been thrown out is Voxel GI (global illumination), for reasons I don’t know.

Thank You for clarification. I was already afraid that i dropped a brick. Could you please upload a blend with some example settings? Cause that kind of scene is easily destroyed by the wrong settings. I am wondering what causes this shifting wrong shadow seen on my screenshot on the yellow objects. It seems to be dependent on the camera frustum as it moves with the view. Total bummer, how to get rid of it? Any ideas? 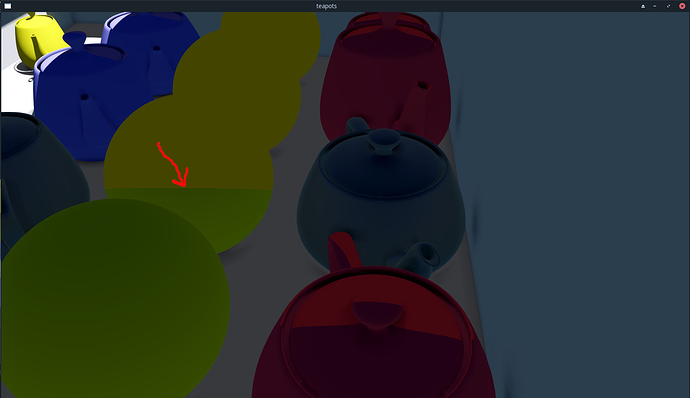 I am also wondering why it does not work at all for me with the Armory3d-Sponza scene: 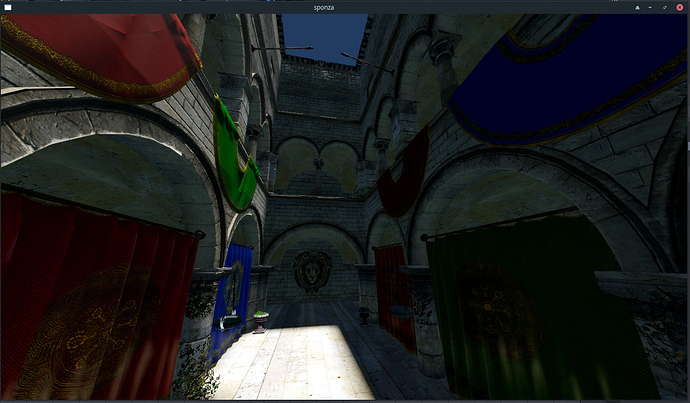 Thanks for sharing the wiki link, I didn’t know that this page existed!

As for the visible shadow line, I unfortunately have no idea what causes this, but I think there is a similar issue on GitHub for shadow atlasing on Linux (not related to Voxel AO though). For some reason your file looks way too dark for me on Windows Krom: 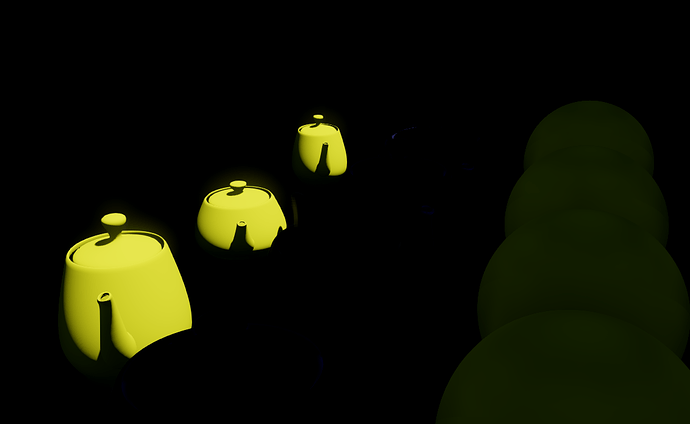 Thanks for your efforts. Try these settings with AO cranked up. Run it, stop it, tick AO off and run again. Can´ t see any difference. Same with indoor scene, which i only upload if somebody asks for it, cause its around 50 MB. See blend and screenshots.3DPengu_voxelao_pots.blend (947.1 KB) 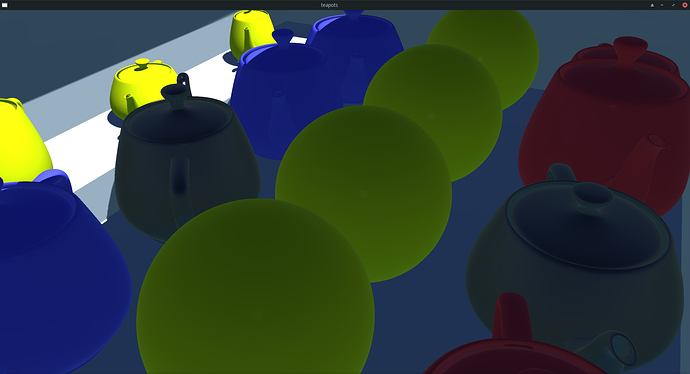 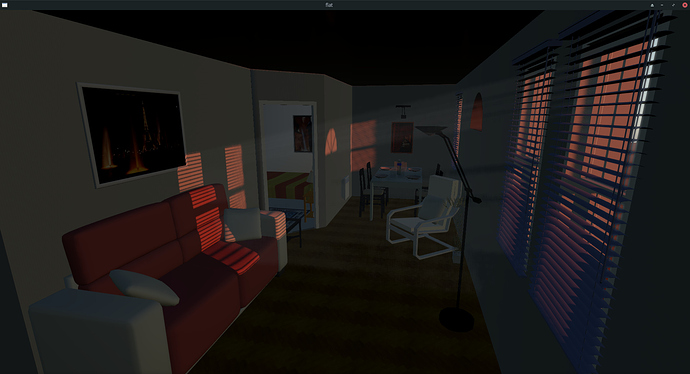 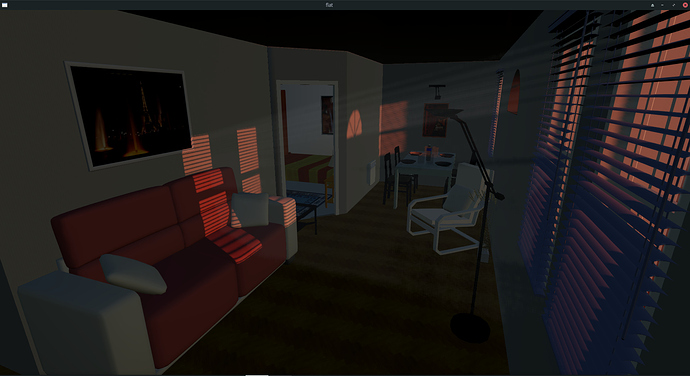 Last two screenshots is one with full Voxel AO (9 cones, 512 res, shadows ticked), the other with Voxel AO ticked off. I can´t even tell you anymore which one is which, cause no visual diff. The frustum problem seems to be caused by the temporal filter setting. Its gone when i tick it off.

Yep, that file looks the same as in your screenshot. It seems that in your first shared file the world strength was lowered substantially which caused the darkness in the picture.

I still can’t reproduce the shadow artifacts though, but according to the mentioned Github issue(s) (#1, #2) the artifacts only happen on Linux and I use Windows.

With AO in the post above you meant the Voxel AO, right? Then maybe there is some issue on OpenGL because it also doesn’t work on html5 (using WebGL).

The apartment scene looks really nice, it would make a good showcase project

Thanks for the hints. Will thoroughly check it out. I borrowed a Win laptop and VoxelAO works there, so you seem to point in the right direction with the OGL issue. Windows Screenshot: 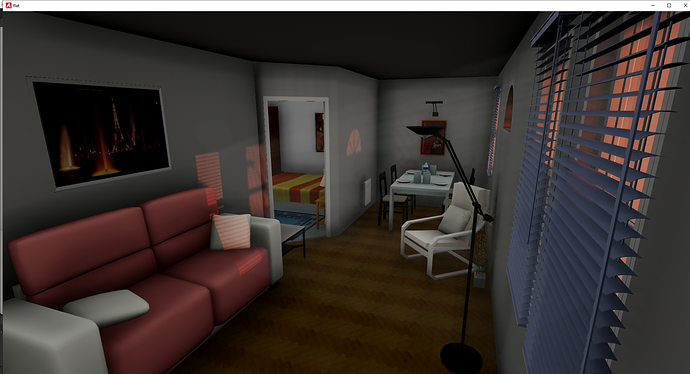 As for showcasing it, i also tried Github. They have a 25 MB limit and my file is at least 40 MB even with separated textures. Hmm…

It seems that the 3D texture that stores the voxel information looks differently on Linux/OpenGL, but I couldn’t yet find the shader code that writes to this texture… The answer to that is hidden deep into Iron’s shader context abstraction which I don’t fully understand to this day. But I will continue to search for it to find the cause, maybe it’s something simple as different coordinate systems used for OpenGL and DirectX.

The 3D texture is also probably the reason why Voxel AO doesn’t work on HTML5, as far as I’m informed 3D textures aren’t implemented in Kha’s HTML5 backend yet.

BlockquoteBut I will continue to search for it to find the cause, maybe it’s something simple as different coordinate systems used for OpenGL and DirectX.

-Very cool, wish you good luck. Not an easy topic. I am not a coder so i can´ t really help here. I don´t even know if information like this https://github.com/hughsk/webgl-texture3d could help. Thanks for the LFS info, will check it out.

Regarding 3D textures on WebGL: I think WebGL 2.0 even supports 3D textures, they’re just not implemented in Kha yet.

Revoxelize and dynamic camera are my standard settings. No, it does not work with it, too bad.
I leave temporal filter off, cause that causes always a very disturbing flickering effect. Dunno what its good for anyway.