Hello. This is my setup to make my character’s armature play its running action when I press the W key and to play the idle animation when I release it. 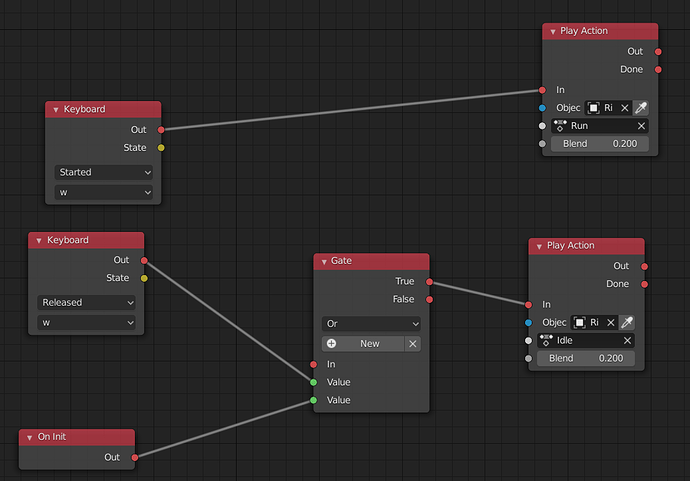 Try this setup for Run: 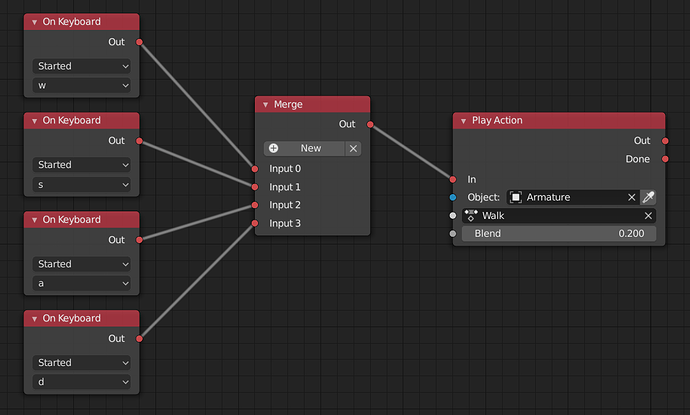 and this for Idle: 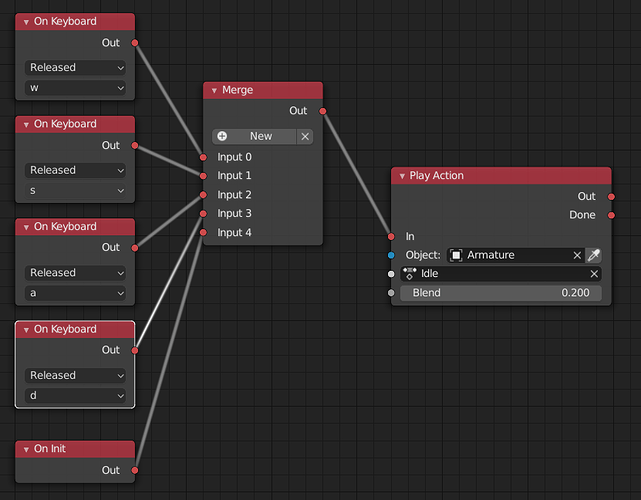 Thanks again, QuantumCoder! I tried that setup. It work OK, but it deactivates the run animation when I release any of the four keys. For example, if I’m holding the W and D keys, then release D but am still holding W, it stops. Is there a way to keep the run action playing as long as any of those four keys is pressed?

I improved on my setup, try this: 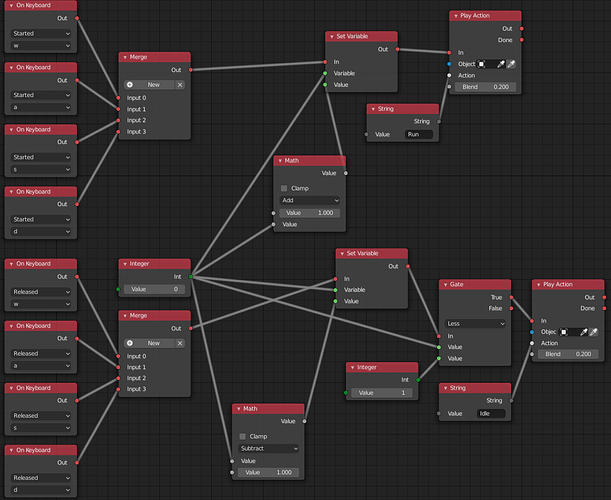 What I do here is increment an Integer every time a button is pressed, and decrement it when released. That way I can keep count of how many keys are still pressed down.

Then, on every key release, I check if there is any key still pressed down. If not, then play Idle animation.

That solves the problem. Thanks again!