Will Armory 3D be better then Eevee?

Do you think Armory 3D is (or will be) a better option than Eevee for game development?

Yes, Based on the gi.

Put me the license Eevee has to develop games so I can see.

As far as I’m aware, there’s currently no plans for Eevee to become a game engine, but rather just a real-time rendering engine to replace blender internal - plus Eevee is GPL, which is quite horrible for selling games anyway. You might want to ask instead whether UPBGE will eventually integrate Eevee and it’s shaders somehow, but last I saw the progress had sort of stopped. - so my bet would be Armory 3D on the long run.

Actually, in a long interview with Ton made by Andrew Price, Ton mention that Eevee will replace blender Internal but also BGE as both are directly linked (BGE and Blender Internal are exactly the same) and its easy to license if you know what you are doing. So BGE will have Eevee working in it which I am sure will make a lot of people happy including me.

Nice, I hadn’t actually seen that interview yet, and I guess Ton has changed his opinions a little on having a game engine integrated in the Blender suite. Considering his initial thoughts where he shared his thoughts about the game engine and how it should be more like an interactive mode rather than a game engine.

It’s nice that the future for BGE (Or EEVEE Game Engine, or whatever it will be called) seems a little brighter. What I’m unsure of is the prospects for this in terms of time, since I presume we are talking several years of continuous development, but I guess more game engines is never a bad thing

Well, the way I see this, is that game engines like BGE is well suited for the person working alone or in small teams, especially with limited programming knowledge.

Any game engines at some points will require coding. Unity works mainly on coding at the exceptions of a few plugins you can buy/download that sort of acts like a visual programming, but it has limits. Same goes for UE4 blueprints, it has its limits. Just like Armory nodes will have their limits and BGE logics has limits.

High quality graphics takes much longer to create and costs a lot more then simpler graphics (hand painted for examples). People who uses BGE are usually developing games on their owns or in very small teams which is perfect. As I always say, you can have the nicest graphics in the world, but if the game play sucks, the game will suck. But if you have the crappiest graphics ever, but that the game play is awesome, then the game will be awesome.

I was bumbed out at first when they talked about blender 2.8 and the possibility of merging BGE with Eevee, but still BGE was and is still my first choice. But now that I’ve watched the interview and Ton mentions about the Game engine and Eevee working together for game publishing, I am really happy to know they are going down that road instead. They must have had a ton of negative feedback on that idea from the BGE community. Hence they will not do that. But nothing stops them from using BGE along with Eevee to create films, just like UE4 and Unity does it. As long as games are still doable with it I am happy, else I’d stick to 2.79

Thank you for your replies! Armory definitely looks like the better option for game development, though Eevee will probably have the ability to create games as well. I saw some of that interview yesterday with Ton by Andrew Price, but I didn’t get to see the whole thing, so I wasn’t exactly sure whether or not Eevee had the capability to make games, but I had heard before that one of Eevee’s functions was to develop games, so I wasn’t sure if it would be better than Armory for game development. Now I see that it seems Eevee’s main purpose is to render things like animation in real time, not specifically for game development, unlike Armory. Considering making games is Armory’s primary function, it does seem like the better option. I have yet to buy it, and I was thinking why should I buy Armory if Eevee is coming out anyway, but I really want to develop a game using Blender, and Armory seems more capable of doing so. So thanks, I think I’ll purchase Armory 3D after all.

In my honest opinion, Armory looks a lot better than most game engines but takes more power to run. EEVEE seems like a better choice if you don’t have at least a gtx 1060.

Play with the settings. Armory is very scaleable. I have shity computer, but with when adjusting settings smart it runs well and looks good.

The moment when you realize you have to break into a bitcoin farm to steal all the graphics cards for your new open-world game.

Damn, I should do that!

Ah, I wish I could make an open world game! I’ll have to wait to get a much more powerful computer. Can’t wait to get started making a nice small game though. I want to make something similar to Rolling Sky on Google Play, something small enough for a phone to handle. Armory is able to create games for mobile devices right?

A gtx 1050 would work well, but a gtx 1060 would utilize ArmorPaint and ArmorCoat better. 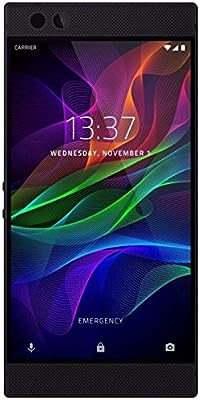 Need this for an open-world app

I heared that pokemon go and surely google maps dissipate a considerable amount of battery energy while running their apps. I don’t know if optimization could be a more ambitious issue for buidling apps on mobile devices with limited electrical capacity than programming desktop games for PCs… Probably need to consider this aspect.

Hmm I see. I think the graphics card in my laptop is integrated, so I can’t change it, but hopefully whenever I get a new computer I can get a better graphics card to work even better with Armory.

Wow, that looks like a really cool phone! ^^ I wouldn’t want to make an app as big as open world though, barely anyone would be able to download it unless they had a whole lot of space and a really powerful phone, I wanna make a simpler game for now, and I want to make sure it’s playable on normal phones, so I’ll definitely be considering that aspect whenever I start making a mobile game.