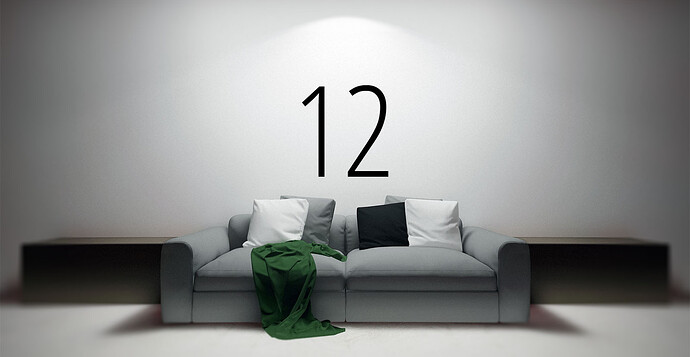 Build 12 is now out! Armory has been upgraded from top to bottom using all the feedback to reach the ultimate goal - make it production ready. While there are still ways to go, this is the final build with major overhauls - which means more power can be dedicated to produce high quality documentation and stable builds now. 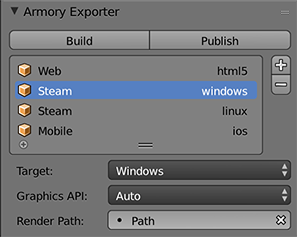 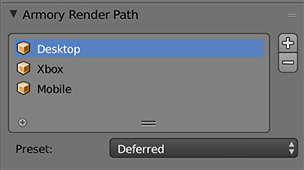 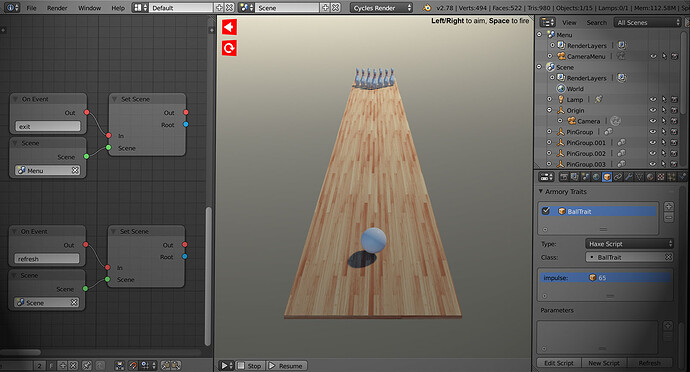 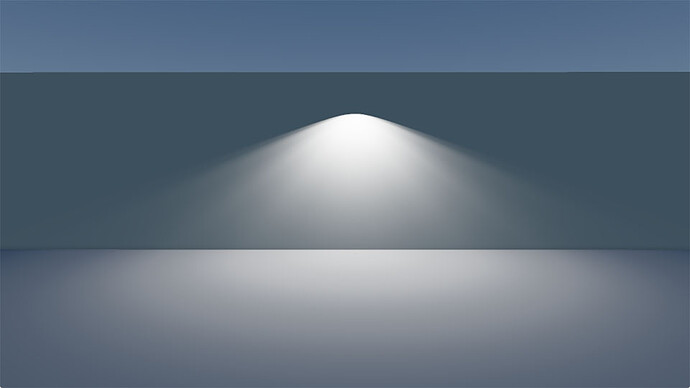 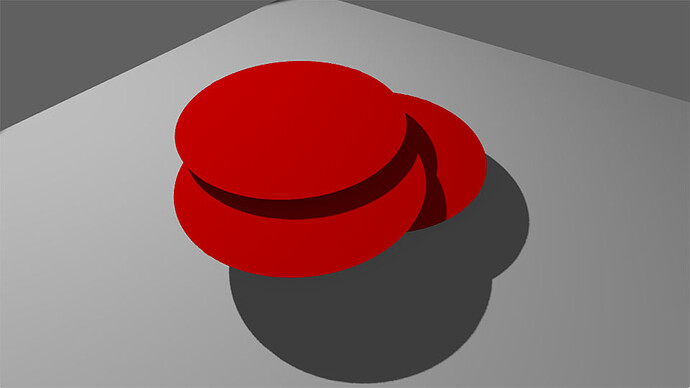 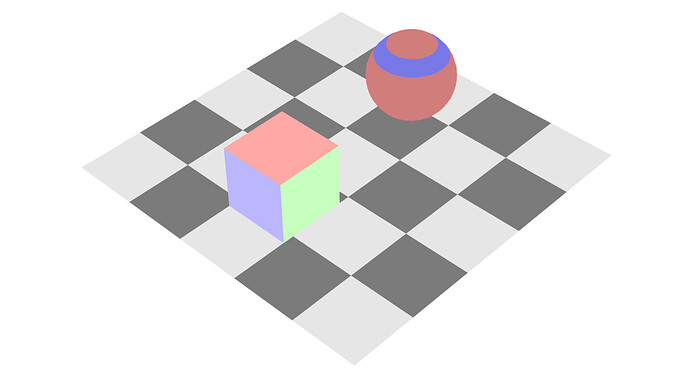 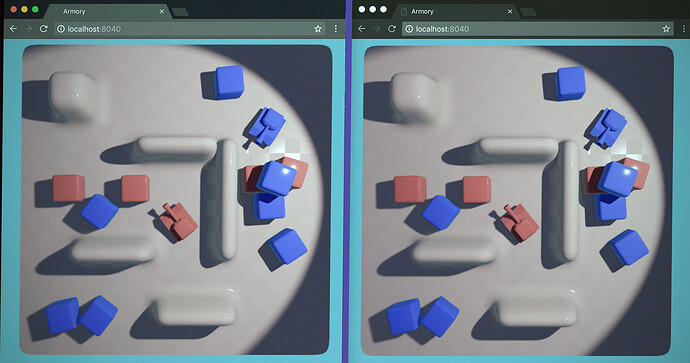 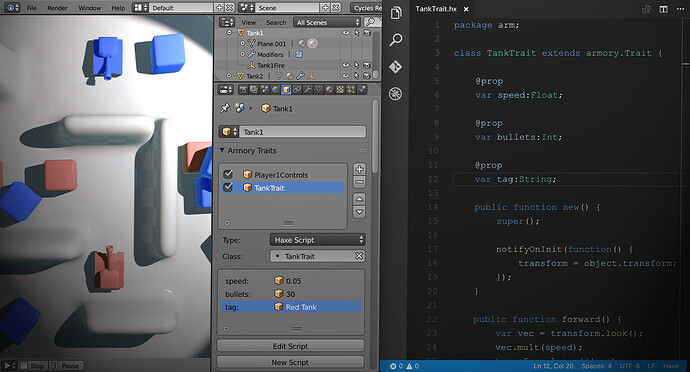 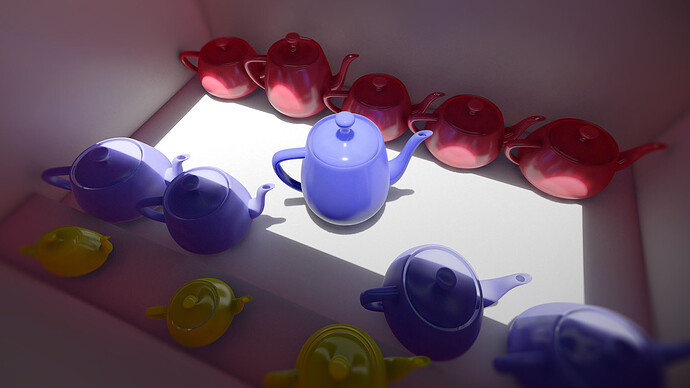 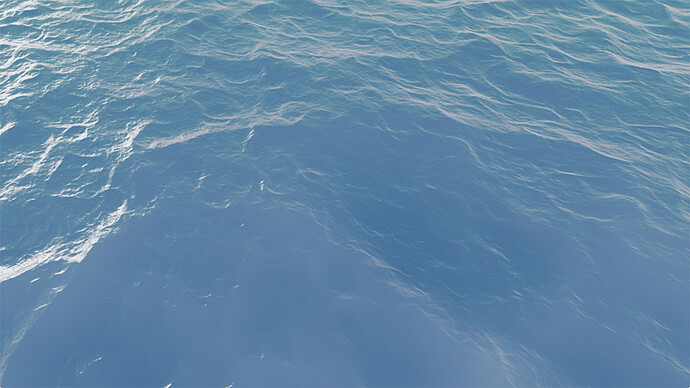 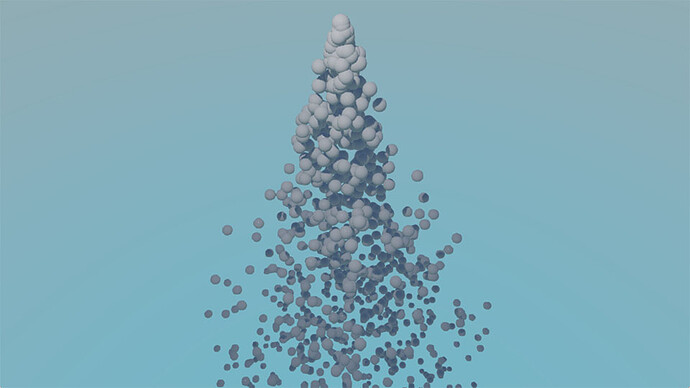 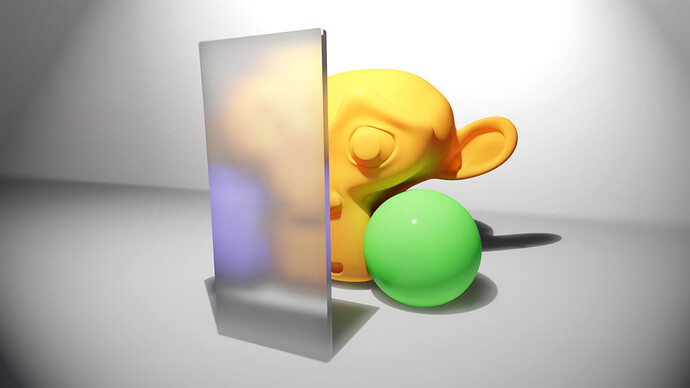 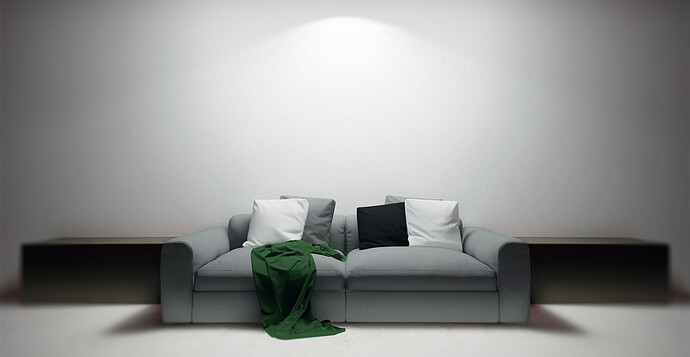 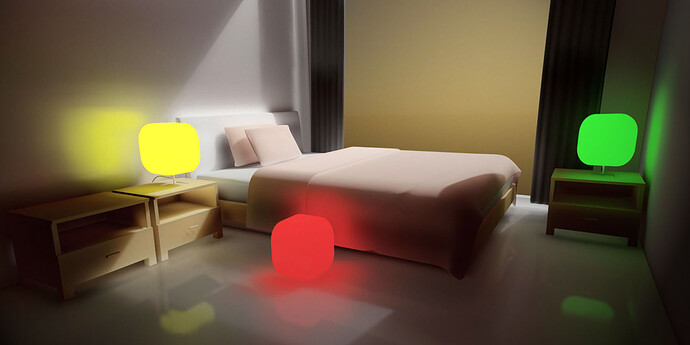 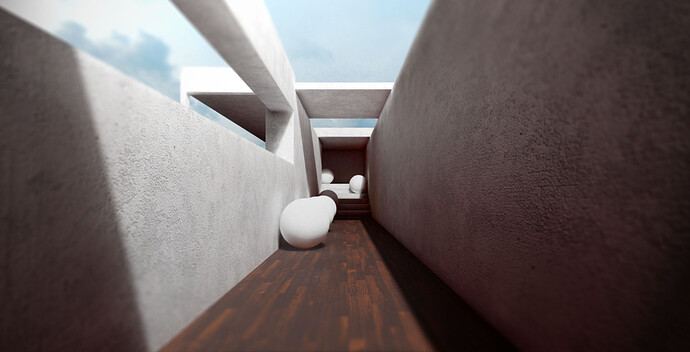 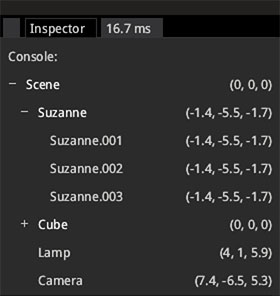 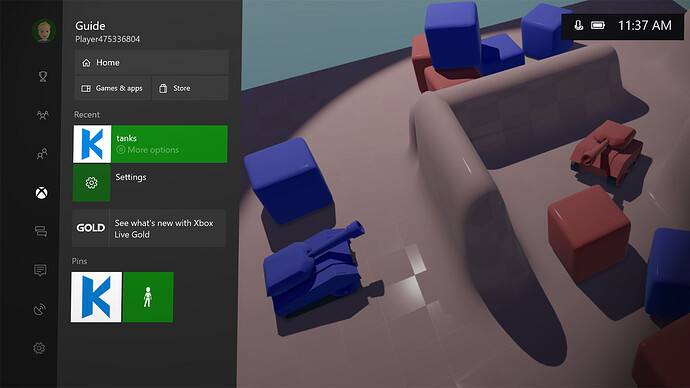 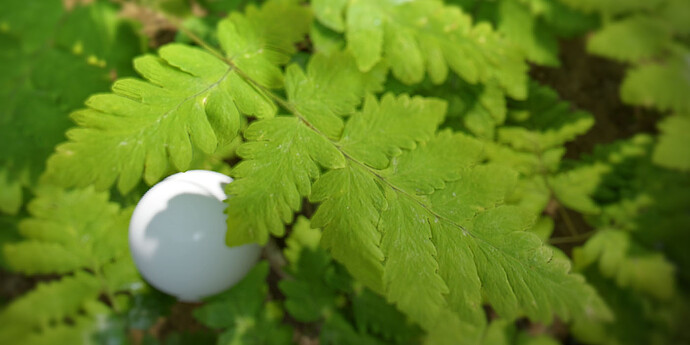 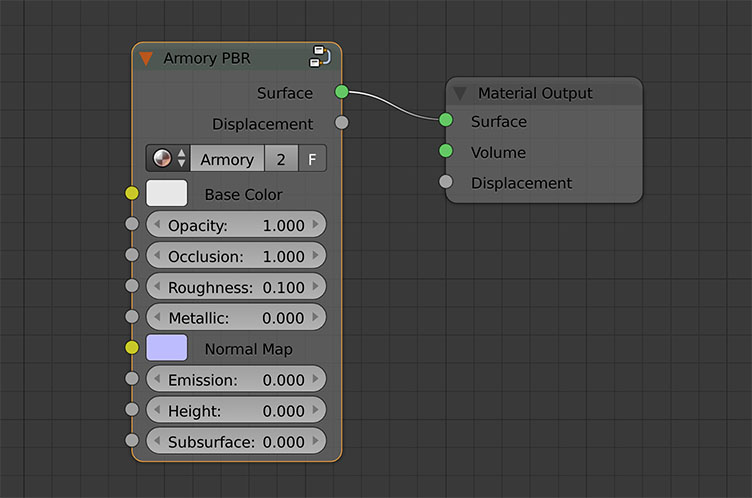 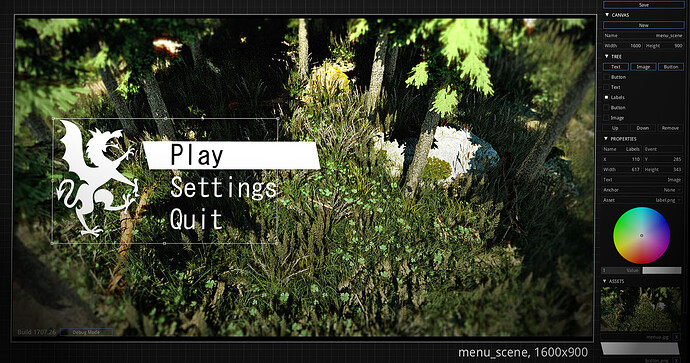 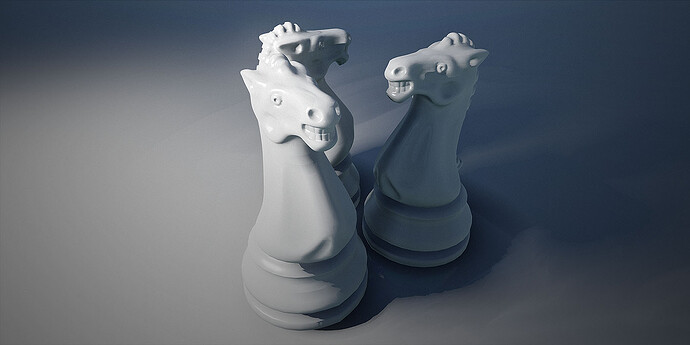 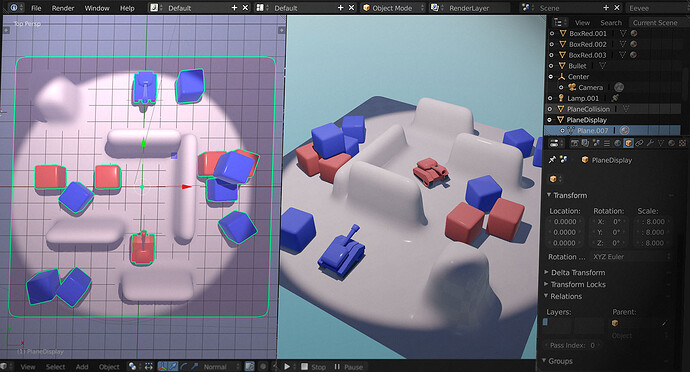 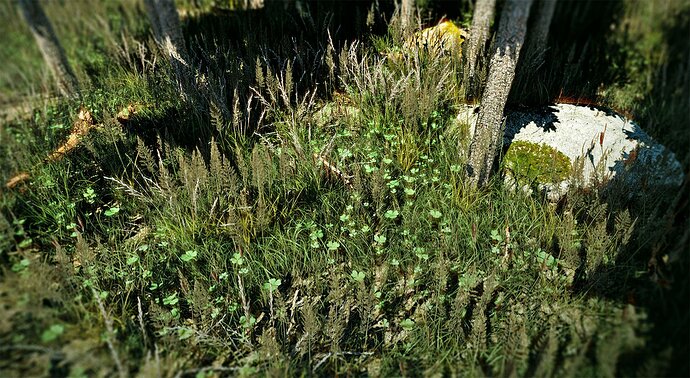 Next up:
We will be updating docs and fixing all the issues of Build 12 to build a solid ground moving forward. Thank you for continued support - more Armory announcements to come in upcoming week!

Yup @lubos where is armorypaint?

Really? … the only comments are “where is armorypaint”?

Thank you @lubos for the great Build , in particular Eevee integration sounds very important for future Blender workflow!
Also i see a lot of new examples and scenes!
I can’t wait to test all the other features!

I’d also like to thank you for another wonderful build! @lubos

I’m sure it won’t be long before the first few user made WIP projects are posted here in the forum, at least I’m beginning to have a few arch-viz examples to share

(I hope)
(I know this might not be the right place to ask, but the “Projects” section is meant also for user project show-off, rather than just projects related to engine development?)

Also, I’m a little curious about the signed distance fields - what are the prospects of this, possibility wise? Is it to be understood more as a editor baked solution (similar to Epic’s Lightmass) or more like a real-time solution for generating realistic shadows (being described as GPU-based on the github folder and all?)

Everytime… every single build… I’m amazed by your work @lubos

Trying to book a free weekend in the near future to test it.

Keep up the good work!

I am amazed at the incredibleness.

I’m still finishing up High School and am gearing towards to college path but it looks like by the time I’ll be back in the swing of making games things will be really fleshed out if this recent build is anything to go by.

wow! this is totally worth the wait. so many new stuff to try out I’m overwhelmed. amazing work @lubos thank you

Wow! Amazing! thank you so much for all that you are doing for Blender, through armory! really awesome features! look forward to baking voxel gi for archviz in the future. keep going!

Super cool! I quickly tried nearly all the demos now and I’m very impressed. Especially the ies light profile, the volumetric light, ocean scene and of course the voxel GI are all gorgeous!
Changing stuff directly in Blender and seeing the immediate results is awesome, this will be such a nice workflow.
I really hope it is feasible and becomes possible soon to have the good looking stuff work in VR. I feel the urge to build some scenes for the Vive

Will there be SteamVR/OpenVR integration?

hi,i would lke to know about the eevee integration. did i miss somewhere or it means can use blender 2.8 and all its graphic featues auto convert to armory ? please someone explain me about it:slight_smile:

Can’t believe all the positive feedback! This comes incredibly late as past weeks have been quite intense in getting the new engine stuff ready… Updates finally imminent in coming days.

Heh yeah, armorpaint is definitely taking a while! But will get there…

@Naxela that sounds really cool! I renamed “Projects” section into “Showcase”, if there is anything you are experimenting with then seeing that would be amazing. For signed distance fields, right now it aims to precompute the data in Blender at build time and then use it for shadows and ambient occlusion. But eventually it is also possible to generate the data at runtime for a more dynamic solution.

@Milo In build 13, Armory has a new animation system using Blender actions directly. Rushed to make it ready but took quite a bit longer, sorry about that. Can now also update the docs.

@mbbmbbmm Not much there yet but at least some info on the SteamVR integration:

@mushroomeo: Using Armory + b2.8 it will be possible to work in eevee viewport so you get nice visual feedback when building scenes and then play/export using Armory like it does now. Eventually would like to also make graphic settings ‘auto-convert’ into render path in Armory, plus materials are already shared thanks to the Principled BSDF node.

be possible to work in eevee viewport so you get nice visual feedback when building scenes and then play/export using Armory like it does now. Eventually would like to also make graphic settings ‘auto-convert’ into render path in Armory, plus materials are already shared thanks to the Principled BSDF node.

Hi this is an excellent release! I bought a copy on itch to support the development.
Great to also see the source code is released! Was wondering if there are any plans to make armory an official part of blender one day. We can dream

Some questions:
Can armory use eevee’s new sss shader on compiled games? I noticed that the examples start my steam vr driver - does that mean armory supports vr and is there an example file somewhere?
Also what’s the state of the armaure constraints?

@lubos i wish can help to armory someday, you are the best

Why many of the GitHub links do not work? Examples here and here