Mouse view, Zoom w/Mouse wheel (QC controls), convincing glass w/reflections, vert count (41000) optimised, loads faster and looks a lot better now. Added swap button for fiver numerics to swap between aesthetic/original IN14 five as some people prefer a “real” five. Scroll down for second link. Timodriaans Koui menu system used for button. Controls by Quantumcoder. The swap 5 button acts as a toggle and swaps forth and back each time it is pressed.

Valid for phones only: Here the swap button only works in initial zoomed out state. To completely zoom out turn phone from landscape orientation to upright and back. Tap button until the button shows a red outline (might take a couple of tries). Then just tap it again to toggle. As long as its outlined red the button is normally receptive. See screenshot. 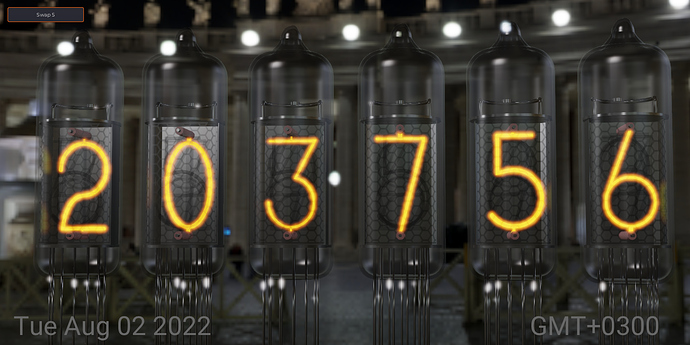 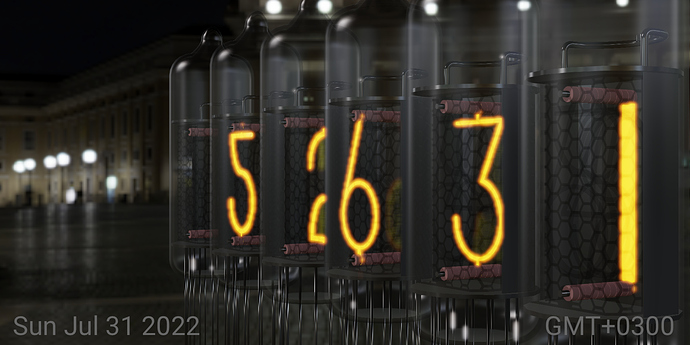 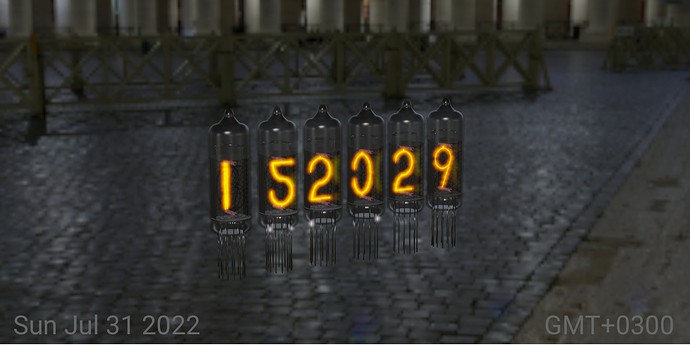 Live demo swap 5
Load this for adapted control directions. Will adapt the non-swap version with next update.
This version also now shows the additional date and timezone information as seen in the screenshots.
Left the original version without the swap button untouched, for the purists out there.

OK. Compiled it for desktop with full features, but i just tried: It runs on my four year old phone (4GB RAM)

Link to functional clock:
Browser LEDclock for PC and mobile

This one loads A LOT faster than my Nixie version. And like the Nixie clock it does not need an Internet connection after is has been loaded, cause it gets the time from the system. Update: Added Weekday, Date and Timezone.

But i could not resist. Most simple analog watch. Modest styling. Just change it to your needs.
License is CC0, Software License inherited from Armory3D. Can be used in your games or you can turn it into an Android watchface for WearOS via apk. For WearOS you will probably have to adapt the resolution in the blend file. Install on watch via USB side-loading.

I´d be delighted to see what you have done so far, if the watch is suitable for your purpose. 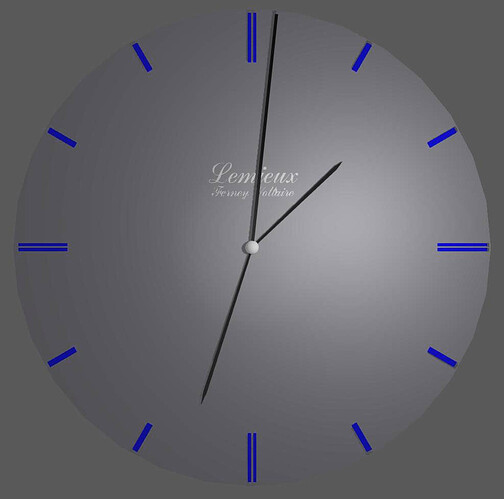